Since turning pro in 1994, Korean K.J. Choi has had the most successful career of any male golfer from Asia.

Last Sunday, Choi downed American David Toms on the first hole of a sudden-death playoff at TPC Sawgrass to capture the 2011 Players Championship, his eighth career title—and so far, his biggest—on the PGA Tour.

Choi opened the tournament with two steady rounds (70-68), entering the weekend four shots off the lead.  He made his charge on a rain-soaked Saturday, carding a 67 to get to eleven under par, and then followed it with another solid round (70) on Sunday to finish the regulation 72 holes tied for the lead with Toms.  He wasn’t always the most spectacular player, but as is often the case, he won because he was the steadiest.  For instance, while Toms stumbled on the first playoff hole by muffing an easy three-and-a-half foot putt, Choi calmly tapped in for par from three feet to collect the most significant victory of his career, at an event regarded as the “fifth major.”

Per tradition, the Korean flag, representing the defending champion’s home country, will fly at TPC Sawgrass next year during the 2012 Championships.

The Wando, South Korea native, nicknamed “Tank” for his powerful build, turns 41 today.  But it was he who was in the gift-giving mood.  Yesterday, he donated $200,000 of his winner’s check to tornado relief efforts in the southeast United States.

It only confirmed what most in and around the game already knew: K.J. Choi is a class act. 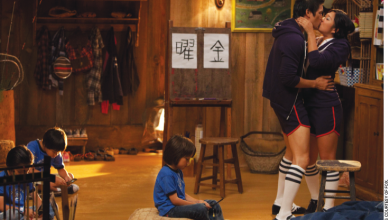 The East West Players, with support from the S. Mark Taper Foundation Endowment, is currently presenting Krunk Fu Battle Battle, a hip-hop musical extravaganza! Based on a book by […]