Amidst all the great K-pop comebacks happening this holiday season, ITZY’s is one not to miss!

ITZY first debuted in 2019 with the release of their single album “It’z Different.” Since then, the five-member group has released six mini albums, an English single album and two full albums. The group announced today, Nov. 7, that their forthcoming “CHESHIRE” album will drop on Nov. 30 (at 6 p.m. KST) and also unveiled a number of scheduled teasers, including a dance rehearsal video, cheer guide, music video reaction and a music video behind-the-scenes clip, as well as their 2022 MAMA rehearsal video. ITZY will take the stage at the 2022 Mnet Asian Music Awards (MAMA) awards ceremony the same day of their album’s release.

The MAMA is a major music awards ceremony presented annually by South Korean entertainment company CJ E&M. The 2022 MAMA will be held in Osaka’s Kyocera Dome in Japan, featuring a number of top K-pop artists such as Stray Kids, TXT, ENHYPEN, IVE, TREASURE, Kep1er, and JO1.

Check out the full promotion schedule for “CHESHIRE” below! 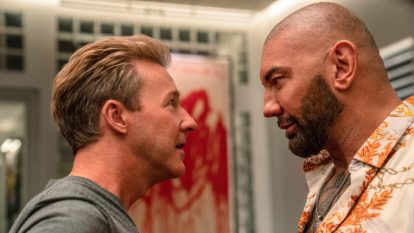 Director Rian Johnson is back again with an even bigger and twistier murder mystery—this time, with a more diverse cast in the budding whodunnit franchise.