Winter’s here, and so is a new EXO winter album. Christmas suits EXO especially well, so in honor of their newest winter album, here are our favorite winter EXO tracks:

It’s no secret that EXO has some of the best vocalists in K-pop right now, and “For Life” really gives main singers D.O., Chen and Baekhyun the chance to shine.

Winter doesn’t always have to be moody and gloomy. “Unfair” is an upbeat, playful song that’ll give you a cozy feeling this winter.

Do you remember the giddiness of seeing snow for the first time? Or maybe that feeling still lies ahead for you. Either way, EXO’s “First Snow” from their first winter album perfectly captures the joy of the season.

Though not technically attached to a winter album, “December, 2014” was too good a track to leave off the list. EXO performed this song at their solo concert, it’s a perfect blend of drama and subtlety.

Just as “First Snow” captures the light-hearted joy of watching snowfall, “Falling For You” captures the magic of falling in love during the holidays! 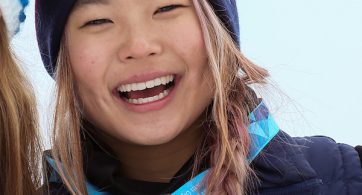