July is almost over, meaning that we’re approaching some of the hottest days of the summer. Kpop is following suit by dropping some their hottest tracks, too! Check out our playlist below:

NU’EST has had a rough couple years between taking a long hiatus, appearing on the latest season of “Produce 101” and then not being able to make the top 10 together. But this special release produced especially for their fans is a sweet reminder that through thick and thin, they will always have each other.

Monsta X joins in the colorful music video party with a summer track of their own. With a warm, fresh, bright video and the song to match, “Newton” will have you swaying through the rest of the summer.

Joining Monsta X on this summer road trip is Turbo with “Hot Sugar,” a party track that follows the current trend of tropical hip-hop and summery dance tracks. Though not too memorable on the first listen, it’s the kind of song that sneaks up on you later.

Last week, EXO came back with a Kpop-reggae fusion track called “Ko Ko Bop,” but evidently it wasn’t the only bop on the album. “The Eve” makes the most of the group’s immensely talented vocal line, balancing smooth singing with frenetic synths.

SHINee is a veteran group best known for their their sharp choreography, powerful vocals, and unmatched stage presence, but their early releases remind us that they were killing the K-pop game even before they hit it big time. “Love Like Oxygen” was the group’s first winning song. Throw it back to 2008 as the group reprises their timeless hit in the video above!


What’s on your summer playlist? 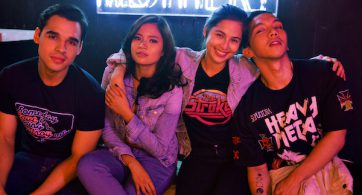 In the opening scene of Filipino director Samantha Lee’s “Baka Bukas” (“Maybe Tomorrow”), the question is asked: “Is coming out still a thing?” “Those were the exact words that […]