You know Kal Penn as the breakout star of the cult-favorite “Harold and Kumar” franchise, as the former public engagement assistant director in the White House under President Obama, and as one of the most prominent Asian American actors of our generation.

But when he first stepped foot in Hollywood, all he was to casting agents was “Gandhi lookalike,” “Foreign student” and “Careem, with the Apu accent.”

Penn posted a series of photos showing his old scripts from “some of [his] first years trying to be an actor” Tuesday.

“They were awful,” he wrote. They asked him, “‘Can you make his accent a little more AUTHENTIC?’ That usually meant they wanted Apu.”

In another, he tried for a character named Parmesh, described in the script as the main character’s “quirky, Indian lab buddy” whose language “is peppered with Indian cultural references,” for a pilot called “The Stones.”

“Tried to convince them to let me speak without an accent & make it funny on the merits,” Penn wrote. “Was told no.”

I do not remember this audition except that it was for some shitty MTV show and the big joke was an accent and too much cologne pic.twitter.com/7HZbhQCkaB

In another, for the character “Foreign student,” the script shows a character named T.J. asking the student for his full name.

The story repeats in photos of his scripts for shows like “King of Queens” (in which his character’s name Sanjib is the punchline), an unnamed MTV show (the joke was his character Abdul’s accent and his “reek”) and “Sabrina the Teenage Witch” (“We got INTO it about why he had to have an accent,” Penn said.)

If the actor’s fight against racism and stereotyping sounds familiar, that’s because his is not a singular experience — we saw it presented through Aziz Ansari’s eyes in Netflix’s “Master Of None,” and have heard it through others, from Priyanka Chopra to Penn’s “Harold and Kumar” co-star John Cho.

Penn, who currently stars as Seth Wright, a White House advisor and speechwriter, pointed to other shows — “Buffy,” “Angel,” “24” — from “really smart, creative people who didn’t have to use external things to mask sub-par writing.” 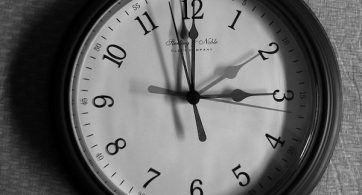 In 1784, Benjamin Franklin wrote a satirical essay in which he suggested that by waking up at dawn — which would maximize daylight hours — Parisians could save on […]