Karen David has come a long way since her childhood days of being awkward and bullied. You’d never know it now, but her golden complexion was once blanketed with acne. She excelled in school, but her demeanor was reticent. And her ethnic ambiguity invited peer derision. It may well be that these growing pains of youth served as her motivating fuel, and now it is her work ethic, beauty and, yes, even her ethnic “versatility” that may be her most valued assets.

Born in India and raised in Canada, David had already determined at an early age that she wanted to act and sing. She earned a scholarship to the Berklee College of Music in Boston, and then later continued her studies at the Guildford School of Acting in London. Her first acting role was on a London West End stage, as part of the original cast of Mamma Mia! Being a part of that led to her working with iconic Bollywood composer A.R. Rahman on another musical, Bombay Dreams. While performing in the theater, David also had been singing in a studio. She signed a record deal with BMG Europe, and her single “It’s Me (You’re Talking To)” became a hit in several European countries.

Despite these musical successes, it was her presence on British television that garnered the most eyes and accolades. In 2010, she joined the cast of the BBC drama Waterloo Road, in which she played a sexy teacher who falls in love with a student. This storyline generated plenty of controversy, as well as an ever-increasing fandom for the actress. Guest appearances on American series such as Touch and Castle soon followed.

Now American audiences can witness David’s complete set of talents, as she gets to combine her dream of singing and acting for the new ABC miniseries Galavant. Created by filmmaker Dan Fogelman (whose credits include Crazy, Stupid, Love and Tangled), who teamed up with musical legend Alan Menken (The Little Mermaid, Aladdin, Beauty and the Beast), Galavant is a medieval musical comedy. But don’t let that faze you, says David. “What makes Galavant so special is that there is something in it for everyone. It appeals to the big kid in all of us and will give you a good laugh. Watch out! By the end of each episode, the songs will be stuck in your head!”

Audrey spoke with David about her new role and her journey to get there.

Audrey Magazine: Galavant is being heralded as Monty Python meets Princess Bride. Can you tell me about how you got the role, a little about your character, Princess Isabella, and how you did your homework?

Karen David: That’s funny that you mention homework. I have a mish-mosh in my heritage. I have Chinese, Indian and a sliver of Jewish. With the Asian influences, there is an immigrant mentality that you have to work triple hard. My parents said that even if I wasn’t going to be an accountant or lawyer, I had to put in the homework. It’s all about being the best that you can be and always working at your craft.

I loved Galavant when my agents sent me the script. Then my heart stopped when I read the bit where [Princess Isabella] is described as Jennifer Lawrence. So I went into this casting process feeling like the underdog and just having fun with it.

But after I went to meet Dan [Fogelman] for the second meeting, Dan turned to everyone and said, “That’s my Isabella. That’s my brown Jennifer Lawrence.”

AM: Tell me a little about Princess Isabella. How does she match your personality? She was obviously scripted to look different.

KD: She is the people’s princess with a big heart. There is nothing she wouldn’t do for her family and her kingdom. There is something so human about her and approachable, which I find refreshing.

I was born near the Himalayas, in a matriarchal society where the women are mighty. I was brought up with this kind of strength, and I wanted to celebrate that with Isabella.

AM: You have dedicated years honing your craft in anticipation of a big break. It can be an intimidating and unforgiving business. What kept you persevering?

KD: I’m really blessed to have parents who weren’t traditional in the sense of what their children should be. My mom says that I always wanted to sing and dance, and I listened to whatever my [older] sister was listening to. When I was 6, my sister was watching Xanadu. I remember that moment so clearly – and it’s what I hold on to when I get faced with rejection. I was so taken with everything Olivia Newton-John. I went to my parents and told them I wanted to do that – to sing and to act.

My parents have always been a huge source of inspiration – guiding me with wisdom and humility. They immigrated [to Canada] with two daughters and $20. They took the leap of faith, and that has been a source of inspiration for me. They taught me to be quietly ambitious – meaning, don’t talk about it. Just let the actions speak.

Also, I was very studious and steadfast with my studies. I had to have straight A’s. If I excelled in my studies, then [my parents] would pay for my acting and music lessons.

I dealt with rejections early on, since I was doing auditions as a kid. But you end up building thick skin. At the end of the day, this is what I love, and I can’t give it up.

AM: You are inundated with filming, traveling and press junkets. What do you do outside of that?

KD: Kundalini yoga, pilates and meditation. It clears the mind and gives me spiritual strength. And I love traveling. Also, my husband and I love to cook. It’s all about experiencing life with your family and friends, creating memories and life experiences. These are the things that count the most. It’s stuff like that that makes you a better actor. 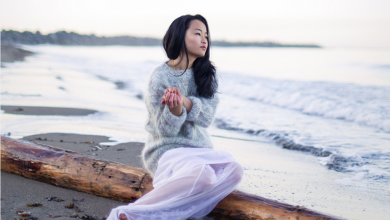