Korean American chefs have been walking all over the gourmand’s map as of late, and it seems they’ve really, finally arrived. There’s hardly a more tangible affirmation of that than winning Food & Wine’s Best New Chef Award—it’s one that L.A.’s Roy Choi can now call his own.

The man behind Kogi BBQ and Chego! topped the list of this year’s 10 honorees thanks to a luck of the last-names-in-alpha-order draw, but we’ll take the #1 of the country’s #1’s however it comes.

“This year we have one of the most exciting rosters of Best New Chefs ever,” said the magazine’s editor-in-chief Dana Cowin in a press release. “They represent every frontier of cooking in America today, from an avant-garde chef in a remote area of Virginia to the mastermind behind the Korean taco-truck boom in Los Angeles. The future of cooking in this country is in excellent hands.” And at least two of them are Korean.

As a bonus, Food & Wine’s May issue features a Kogi recipe in its cover feature, but it’s not the only Korean-inflected taco recipe to be found. Tomas Lee, from Atlanta’s Hankook, and Joe Kim, from L.A.’s Flying Pig also get to shine. 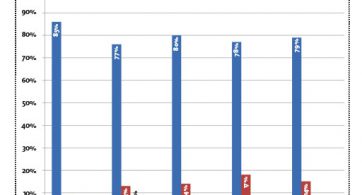 Besides a love for spicy food and sharing a continent, what do South Korea, China and India have in common? Distorted sex ratios that are leading to dramatically unbalanced […]