According to the conference’s official website, EMPOWER aims to allow Asian American youth and young professionals to “explore a variety of creative career paths” and learn the best practices to apply in making their dreams into reality.

The conference will consist of interactive workshops and panels spearheaded by Asian American community leaders, executives and creatives from various industries. Attendees will have the opportunity to engage with these professionals and receive guidance on public speaking, building a startup, storytelling and more.

Early bird tickets for EMPOWER are on sale now at Eventbrite until Aug. 3. To learn more about the conference, visit its official website here. 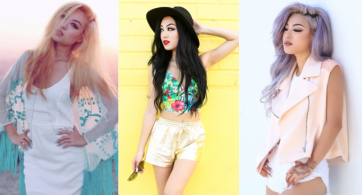 Trying to add color to dark hair– which Asians typically have– can be quite difficult. I’ve been dying my hair since the 5th grade so trust me, I know. […]