To celebrate this year’s Asian Pacific American Heritage Month, CAPE (Coalition of Asian Pacifics in Entertainment) has launched its 2015 #IAM Campaign to put a spotlight on Asian American talents and leaders in media, entertainment and food.

Among the role models featured in this year’s campaign, there were several Korean American talents: Daniel Dae Kim, Ki Hong Lee, Arden Cho and Seoul Sausage Co. In the videos below, these four representatives share their success stories and the lessons they’ve learned in their journeys.

“Don’t be afraid to fail because failure adds character and color and it’s those imperfections, flaws, and mistakes that you make along the way that add to a great story,” says Arden Cho.

“In this career as an actor, regardless of your race, there are so many variables that are beyond your control,” says Daniel Dae Kim. “What you can control is your level of talent, your work ethic. Be excellent at what you do. That way, if you’re good and the opportunity train rolls by, you’ll be able to hop on.”

“If you just start thinking ‘I am…,’ that’s the first step in figuring out what you want to be, what motivates you, what excites you, and who you’re going to become in the future. I think that’s very powerful,” says Ted Kim of Seoul Sausage.

You can watch the rest of the #IAM Campaign representatives (Constance Wu, Jason Chen and Cassey Ho) on the campaign’s official website. 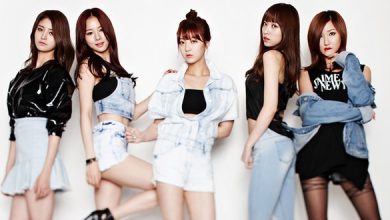 This past weekend, Kpop girl group EXID landed in Los Angeles where they were scheduled to perform at the Korea Times Music Festival. As with any Kpop group, swarms of their […]