Come Together
Singer Daniel Pak of the Seattle-based reggae band Kore Ionz traces his musical roots and identity to his native Hawaii.

When plans to play a wedding gig in Hawaii fell through for Seattle-based reggae band Kore Ionz, the band members saw an opportunity instead of a setback. Their flight already booked, its members decided to go ahead and make the trip and film a music video for one of the band’s new tracks during the weekend visit to the island. For lead singer Daniel Pak, a Korean and Japanese American and native of Hawaii, it all felt right. He was going home.

The track for the music video they planned to make, “Feels Good,” is part of Kore Ionz’s new work, an EP of the same name, that the group just released in April. It marks the third album for the band, which, though based in the grunge capital of Seattle, carries relaxing island sounds and vibes that are central to Pak’s identity.

“Feels Good,” in particular, captures the nostalgia Pak felt when returning to the sandy beaches and sunbathed warmth of the Hawaiian Islands. He moved to Seattle in 1998, and penned the song one cold and rainy night while feeling particularly homesick. “I just kept thinking about the island that I was born and raised on, and the song came to me in, like, five minutes,” said Pak.

The planning behind the song’s music video was almost as fast, and involved hopping into the back of a pickup truck with three different weather apps, and the crew literally chased the sun all over Oahu amid sporadic rain showers. Despite the chaotic process, the resulting video proved a perfect tribute to the island where Pak grew up. The Hawaiian native says he knows the mountain trail featured in the opening scene like the back of his hand; he used to walk up it from his childhood home built by his grandfather, along the bay.

“I spent so much time on that mountain,” he said. “And we finally got to kind of immortalize it.”

Born in Honolulu, Pak, who very much identifies as an “island boy,” grew up on the windward side of Oahu, in an area called Kaneohe. As a fourth-generation Korean American and a sixth-generation Japanese American, he comes from a family that has lived on the island for over 100 years, and throughout the generations, has adopted a “melting pot” of languages and cultures, including those of Chinese, Filipino, Hawaiian, Samoan and Portuguese. Yet, in the midst of all of this, there were still deep roots of Korean culture instilled in his family.

“At all of my family’s parties, my grandma, every other week, she would make her own gochujang, she’d make her own kimchi. I learned how to make kimchi at a very young age, and every New Year’s, we’d make hundreds and hundreds of mandu,” recalled Pak. “We celebrated our Korean history very much through a more local style.”

What else did this “local style” entail? Aside from enjoying the paradise that is his home, it meant hours and hours of kanikapila. The Hawaiian term for an impromptu jam session, kanikapila is what paved Pak’s path toward a career in music. These casual sessions would take place at beaches or family gatherings—whenever friends were gathered and a guitar or ukulele was at hand. But one particular kanikapila dramatically altered the course of Pak’s career.

“We were just doing [kanikapila] at USC, during that spring break,” says Pak, recalling a trip he took as a college student to Los Angeles where he reunited with old high school friends. “These folks came up to us, and they said, ‘Hey, do you guys have a CD?’” When Pak and his friends revealed that they weren’t in a band and didn’t have a CD, the passersby replied, “Well, you guys should, you guys are so good.”

“It was that very moment, that in my mind, it made the shift, like, I could really do this. People really appreciate it,” said Pak.

The Kore Ionz band, with lead singer Daniel Pak’s sons, Asa and Jahyoo, after performing for their fans for the Lively Mobile App (www.getlive.ly).

And as soon as he returned to Seattle, that’s exactly what he did. He and his friends started a band and called themselves INIzeysion. Later, he was asked to be in another band called Mystic Rising. But as his bandmates’ paths began to diverge toward law schools or programs abroad, Pak was the only one who stuck with the music, and that’s when Kore Ionz was born.

Strangely enough, Pak originally pursued a degree in metallurgical engineering at the University of Washington in Seattle, and was even offered a job as a nuclear engineer upon graduation. Amid the objections of many of his family members, he turned it down. Coming from a family very much rooted in education, with an English professor dad, a sister with a master’s degree, and a brother pursuing his Ph.D., Pak felt somewhat destined to stay on the academic path. Even after he began pursuing a music career, doubt crept into his mind, and he considered earning a teaching certificate.

But his mother calmly advised: “Daniel, don’t be a teacher. Just stick to your music. Pursue your art.”

And as the saying goes, mother knows best. Now, several years later, Kore Ionz is a staple reggae band in Hawaii and Seattle, and is continuing to garner reggae fans all over the country. Their recent performance in April at The Crocodile, a legendary venue in Seattle famous for early performances of Nirvana, was a sold-out show. While the band underwent many personnel configurations over the years, the current members represent a widely talented and multicultural group of individuals, some of whom have shared the stage with Grammy Award winners. Members include: Thaddeus Turner on lead guitar, formerly of Digable Planets; keyboardist Greg Fields; trumpet player Owuor Arunga, who just so happens to be the trumpet player for Macklemore and Ryan Lewis; saxophonist Darian Asplund; bass player Masa Kobayashi; percussionist Ahkeenu Mysa; and drummer and co-producer Teo Shantz.

Before the most recent EP, the band released Half-Hour Revolution in 2008 and World War Free in 2011.

Although creating music is Pak’s passion, the singer-songwriter’s larger goal is to contribute to making the world—which he calls a “bipolar mess” with “the red party, the blue party, the left wing, the right wing, the haters, the lovers”—a better, less violent and more accepting place. That’s the meaning behind the name Kore Ionz. Well, second meaning. What actually started out as a joke name for a punk rock band later took on something more profound. The name draws inspiration from the very building blocks of the world: molecules, which are formed by atoms that have either neutral, positive or negative charges. (Remember, Pak has an engineering background.) These positively and negatively charged atoms, called ions, attract each other to form something stable.

“So you only got two kinds of energy: you got positivity, or you got negativity. And everywhere you go, it’s gonna be one or the other,” Pak explained. “And the only way we can reach something stable is when positive and negative come together and compromise, you know what I mean?

“So that’s just how I see Kore Ionz. Whenever we play in front of a crowd, I just want to connect. Whatever we can do to connect with as many people as we can, to pass on this love, to bring people together.”

This article was published in the June 2014 issue of KoreAm. Subscribe today! To purchase a single issue copy of the June issue, click the “Buy Now” button below. (U.S. customers only. Expect delivery in 5-7 business days). 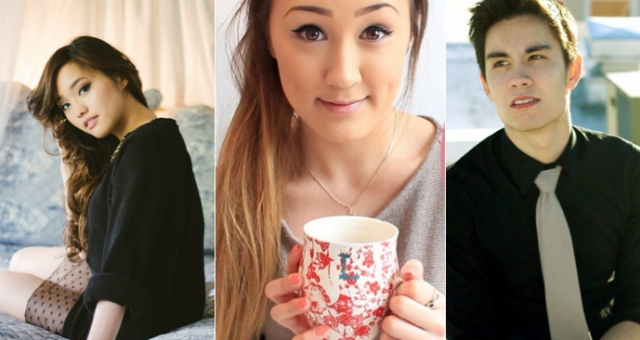