The daughter of Korean Air’s chairman will find herself behind bars for the next 12 months after a South Korean court found her guilty over an on-board incident on Dec. 5 in which she forced a Seoul-bound plane to return to the gate as it was preparing to take off from New York.

Heather Cho, Korean Air’s former vice president of in-flight service and the daughter of the company’s chairman Cho Yang-ho, was apparently upset over how flight attendants served her macadamia nuts. She was irked that the nuts were served in a bag, and not on a plate. Frustrated by the service, she demanded the flight crew chief exit the plane after ordering the aircraft back to the gate.

When the incident was publicized by the Korean media, it sparked an outrage among South Koreans, many of whom have been fed up with the country’s rich wielding their power to get things their way. The South Korean economy is largely controlled by family-run conglomerates, known as chaebol, including Korean Air.

Cho, better known in Korea as Cho Hyun-ah, is the mother of 20-month-old twins and has been in custody since Dec. 30. In a letter to the court, Cho said she was “truly sorry to those who were hurt” by her actions. She was seen crying as the judge read her apology letter, according to news reports.

Prosecutors initially sought a three-year jail term for Cho, pointing to how she violated aviation law.

A year-long jail sentence is the minimum penalty for aviation law violations in South Korea. Choi Jin-nyoung, Korean Bar Association spokesperson, told Reuters that he had expected Cho to receive 18-months to two years in prison.

Cho, the oldest of three children of Korean Air’s chairman, resigned from her vice president position since the incident. 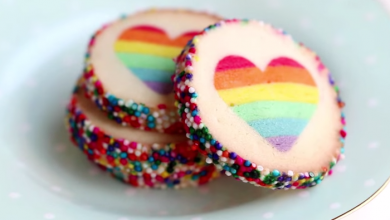 Smell that? Can it be the smell of love in the air? Nope, it’s something even better: freshly baked cookies. Valentine’s Day is just a few days away and […]