After stealing the hearts of people in South Korea and abroad, orphan Choi Sung-Bong ended his life-changing run on “Korea’s Got Talent” with a runner-up finish, losing to a young female dancer in the final.

The amateur opera singer moved judges and the audience to tears back in early June when he spoke of his life on the streets of Daejeon, South Korea.

Choi said he ran away from an orphanage when he was 5 years old to escape physical abuse, living a hand-to-mouth existence selling chewing gum and Bacchus D energy drinks.

Dubbed Korea’s “Susan Boyle,” who shot to fame on a British TV talent show, Choi’s episode has hit the headlines of news media at home and abroad, pulling at the heart strings of millions around the world.

Choi, 22, who ascended to the top-two position with his powerful baritone, was defeated by a 17-year-old high school girl student, Ju Min-jeong, who has already been branded “Poppin’ Dance Empress” among her fan groups here.

Top ten final qualifiers, comprising singers, dancers, harmonica players and magicians, competed on the stage of the finals show, the Korean equivalent of ‘Britain’s Got Talent.’

Check out an in-depth feature story on Choi from ABC News here. 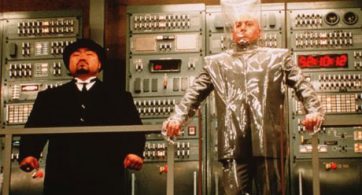 Actor Joseph Hyungmin Son is currently on trial in Orange County as he stands accused of the 1990 kidnapping and rape of a woman from Huntington Beach, according to […]