“Freedom” rides a quiet trap beat with lyrics that express the need for space in a relationship. Aiko harmonizes in the chorus to provide a melodic dual perspective.

The Chinese recording artist’s latest single comes four months after his previous hit “Like That” reached No. 1 on the U.S. iTunes chart. Aiko recently released a remix of her song “Never Call Me,” featuring rapper YG, off of her last album “Trip.”

Wu was the first Chinese artist to peak at No. 1 on the same chart last October thanks to the success of “Deserve,” featuring Travis Scott.

Wu, who is signed to Interscope Records and Universal Music Group, worked with producer FKi 1st, wh has previously worked with artists  including Post Malone, Travis Scott and Ariana Grande. “Freedom and “Like That” will be featured on Wu’s debut album, set to release this fall. 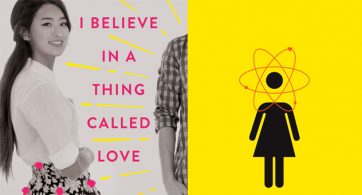 “To All the Boys I’ve Loved Before” welcomed a roaringly positive reaction from audiences worldwide. The teen rom-com, starring Lana Candor and Noah Centineo and based on Jenny Han’s […]