Many in the Asian Pacific American community are outraged over the Los Angeles Times’ printing of a Letters to the Editor this week defending the United States’ decision to intern Japanese Americans during World War II.

On Nov. 28, the L.A. Times published an article about how national parks can serve as reminders of America’s history of race and civil rights, naming Manzanar National Historic Site and Tule Lake Unit — both former sites where Japanese Americans were interned — as examples.

In response to this, a man from Sunland named Steve Hawes sent a letter to the Times with the opinion that America was justified in interning Japanese Americans and that “the interned Japanese were housed, fed, protected and cared for. Many who now complain would not even be alive if the internment had not been done.”

Hawes’ letter angered many Asian Americans, including Daryn Wakasa, a fourth-generation Japanese American filmmaker who took to social media to express his outrage.

Wakasa told the story of his great-grandfather, who owned a coffee shop in Los Angeles before being forced into a camp after then-President Franklin D. Roosevelt signed Executive Order 9066.

“The reason why I share this story with you is because I want you to understand that if it were not for the concentration camps, maybe my grandmother and her 4 siblings could have grown up with a father,” Wakasa wrote on his Facebook. “Maybe I would know more about my family history if my great grandparents didn’t have to burn their family heirlooms because they couldn’t fit everything into one bag. … I share this story with you in hopes that you can see the pain that was inflicted upon my family as a result of the Japanese American concentration camps.”

Popular Korean American blogger Phil Yu, of Angry Asian Man, later wrote: “There is no other side of this history. The wartime incarceration of Japanese Americans is widely and officially acknowledged as one of the most egregious civil rights violations in our nation’s history. This is simply not up for debate, and any arguments otherwise, like these bulls–t letters, are revisionist noise.”

Davan Maharaj, L.A. Times editor-in-chief and publisher, has since apologized and determined the letters should not have been published, saying they did not meet their editorial standards for “civil, fact-based discourse.” 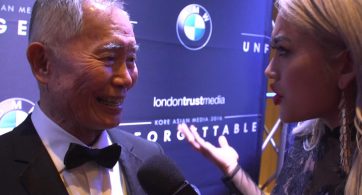