When Sohui Kim and her husband quietly opened The Good Fork in 2006, they served about 30 guests—mostly friends and folks in the neighborhood. “It was literally just me in the kitchen with a dishwasher,” says Kim, “and Ben hosting and bartending.”

Weeks later, the little restaurant in Red Hook, Brooklyn was quickly vaulted to culinary fame after glowing reviews appeared in major publications, including the New Yorker and the New York Times. The eatery, which offers Korean-inflected comfort fare, was suddenly feeding more than 100 mouths a night. Kim wondered, “Where are all these people coming from?”

Kim is the executive chef of The Good Fork, and co-owns the restaurant with her husband, Ben Schneider. They live near the biz with their “cute as heck” one-year-old daughter, and are expecting a second child in a few months.

In 2005, Kim was ready to open her own kitchen—envisioning a neighborhood, mom-and-pop bistro. She wanted to work with Korean ingredients, while offering a menu of Italian fresh pastas, French-style sauces and a hefty burger to boot.

Yet Kim emphasizes that her food is not fusion, a type of cuisine that she dubs “confusing, stupid and the dumbest thing ever.” Rather, her cooking offers a twist (or rather, a kick). Take her signature dish: steak and eggs à la Seoul. It’s a skirt steak marinated overnight, spiced with gochujang, then grilled medium rare to tender and moist perfection. “Then I top that sucker with a fried egg,” says Kim.

With her family, Kim moved to the Bronx from Seoul when she was 10. Coming from an academically-driven Korean household, she was law school-bound (natch), but then decided instead to put her nose to the cutting board at Peter Kump’s New York Cooking School (now called the Institute of Culinary Education). Since, she’s worked with a set of renowned chefs that includes Michael Anthony, Dan Barber, Peter Hoffman, and Anita Lo.

As expected, food was a focal point in Kim’s family. “Cooking was in the blood,” she says. Her mother studied culinary arts in Korea, and her late paternal grandmother, who was a devout Buddhist, taught Kim to be frugal, to waste nothing. “I have memories of being with her, gathering crazy weeds, funky fungi, barks and roots,” recalls Kim. “Just eating off the mountain.”

Today, her mother helps Kim make the kimchi served at The Good Fork, and together, they’ll spice up about 60 heads of cabbage at a time. The hubby makes kimchi, too. “I swear,” says Kim, “he was an old Korean woman in a former life.”

When asked why Korean food is so popular these days, Kim says, “Because it tastes so damn good. It tickles all the senses, it’s sweet and salty, and oh my goodness, it’s zingy. And minus the sodium, it’s very good for you, too.”

Debbie Lee’s culinary creations are what you get when East meets … South?

When her parents emigrated from Korea to the U.S., they happened to land in Jackson, Mississippi, where they learned how to whip up comfort favorites like black eyed peas and grits. That’s what Lee was raised on as a kid in Arizona, where they later settled.

A budding chef from the start (“When my mom would take me to the bookstore at 5 or 6 years old, I always went straight for the cookbooks,” she recalls), Lee was drawn to all different types of food, but felt a particular connection to Korean fare. Her grandmother, barely knowing a lick of English, taught her how to concoct basic staples.

Through these impromptu lessons, Lee gained confidence both in and out of the kitchen.

“Growing up as the only Asian at my school, food led me to like myself,” she says. “Whenever we invited people to our home, we’d have mandu. People were like, ‘Oh, they’re like wontons.’ Food allowed me to engage with my culture and realize I’m not so different from anyone else.”

Now, every Sunday night, you can watch Lee compete to become The Next Food Network Star, meaning that if she wins, she’ll get her own cooking show. But for this soulful chef, it’s more than just about the exposure.

“I’m sending a message out there to the Korean community,” Lee says. “You’re American when you land here. Be proud of who you are. This has definitely been a road for me. I don’t want to be anything other than who I am.”

What does it take to make it as a host? Kelly Choi may be a good case study.

She’s a former model, a Columbia Journalism School grad and a self-described foodie. She’s hosted a series of shows focusing on New York lifestyle, and is now the host of Top Chef Masters, a spinoff of Bravo’s Top Chef.

“That’s my dream job,” she says. “They called me, and I just up and died. Beyond joy. Truly, truly amazing.”

The new show, which premieres June 10, pits established chefs against each other in a series of challenges similar to the type seen on the original show. Television viewers can watch renowned culinary artists sweat over, say, making a palatable dish with $20 of food from a gas station. Opportunities for schaudenfreude abound.

“It takes so much guts to come onto the show,” she says, “because [the chefs] are ridiculously successful already.”

Food has always been Choi’s primary avocation, which she attributes to its important place in Korean culture. She was born in Seoul and grew up in Virginia. After attending journalism school, she began her hosting career on a series of local news and lifestyle shows in the New York area. Choi broke out with Secrets of New York, on NYC-TV, the city’s acclaimed public television station. The show won several regional Emmys and became a hit for the network, garnering enough attention to be syndicated for public television stations nationwide.

The average episode featured Choi, dressed in trademark vinyl full-length trench coat and stilettos, delivering tidbits of historical information from, for example, the top of the Chrysler Building, or the inside of a subway tunnel. She became a bit of a local celebrity, with New York’s blogosphere fueling her fame with comments about her vampy outfits.

After the success of Secrets, Choi says producers from NYC-TV approached her about doing a restaurant-themed show. She jumped at the opportunity.

“I would always be watching the Food Network,” she says. “Then when they asked me if I wanted to create a restaurant show, I couldn’t believe it.” Choi now produces and hosts Eat Out NY. Each episode features a different New York City chef, with whom Choi cooks a meal and comments on its yummyness.

Now that Top Chef Masters is airing and the shooting for the show is complete, Choi is back on NYC-TV, taping more episodes of Eat Out NY. And though we may not have an answer to the question of what makes a successful host, Choi has certainly become one.

A meal made by Suzay Cha is like an expedition on a plate. Her inspiration comes from all parts of the globe.

Born in Seoul and raised in Japan, Cha immigrated to the United States when she was 14 and made herself at home in the melting pot of Los Angeles.

The first English sentence she learned was, “I want to be your friend.” From then on, she spent her life making new friends—and tasting their food. One friend introduced her to the flavors of Puebla, Mexico. Another turned her taste buds onto Jewish cuisine.

“Eating food is like celebrating your senses,” Cha says. “Food has a welcoming spirit. It’s a beautiful feeling.”

Her travels didn’t stop there. She studied French in Paris. She journeyed to northern Japan to learn a special type of cuisine called kaiseki. She headed to China for training in Beijing-style cooking. She was part of an exchange program in Germany.

Wherever she went, she loved inviting people over to enjoy a good meal.

“To me, luxury means creating something for your friends,” she says. “You don’t need to live in a palace to entertain. You don’t need a lot of ingredients to make something special.”

Once Cha settled back in California, she opened a restaurant in Orange County called Mondu Suzay, which specialized in Korean dumplings. Diners could choose from different dipping sauces like chipotle, lemon vinaigrette or miso with honey.

Eventually, a friend introduced her to the owner of Cicada Restaurant in downtown Los Angeles, where she now creates the sophisticated Northern Italian menu. Specialties include the muscovy duck with orange gremolata and grilled jumbo diver scallops.

Whatever Cha makes, she makes with passion.

“Food tastes better when you put your heart in it,” she says.

Since KoreAm last spoke with chef Corey Lee of The French Laundry in Napa Valley, California, he has gone on to win a prestigious James Beard Foundation honor and been recognized as a rising star chef by the San Francisco Chronicle. But the 31-year-old apparently hasn’t let the recognition get to his head.

“I think you need to find greater and more meaningful ways to calibrate your success and validate your work,” a philosophical Lee told KoreAm last month. He added that while the honors have been flattering, the most important criteria for the restaurant’s success is “pleasing our guests and keeping our staff motivated and inspired.”

If it sounds like Lee has taken a page out of the book of legendary French Laundry founder Thomas Keller, known for his collaborative work style, that’s because he has. And after almost five years as chef de cuisine and eight years working at the French country-inspired restaurant where reservations must be made two months in advance, Lee will be leaving in August to create his own a culinary collaboration—a restaurant in San Francisco.

“It was an ideological decision more than anything else,” says the Seoul-born Lee, who previously worked at top-rated restaurants in London and Paris. “I wanted an opportunity to run a restaurant and offer a style of cuisine and service that truly resonates with me.”

During his time at The French Laundry, where he started as a low-level chef at age 23, Lee says he certainly developed his own personal style, but was always conscious of maintaining the identity of the Michelin three star-rated restaurant—known for its nine-course tasting menu—and of chef/owner Keller.

“My next venture will free me of that responsibility and allow me to express something more personal,” Lee says. But what he won’t discard on this new journey is this lesson: “that a successful restaurant is truly about collaboration, and bringing out the best in your staff.” 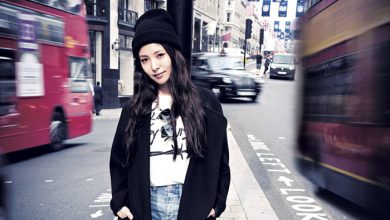 BoA. The name conjures up so many images: a financial institution, a type of serpent, a long stole of feathers draped around a woman’s neck. It’s a bizarre set […]