Video games give us the unique opportunity to literally control and live vicariously through some bad @ss characters. Asian Americans make up the highest percentage of gamers, and we’ve been repping in the world of video games since the days of 8-bit.

Are you even surprised? What kind of list would this be if it left out the only woman of “Street Fighter?” Making her debut in “Street Fighter II: The World Warrior,” Chun-Li was the first female character of the franchise and has since appeared in nearly every following iteration of the game and its spin-off. She’s known for her hyakuretsukyaku—a series of lightning-fast kicks which probably gave her those iconic thunder thighs. Widely regarded as a figure of female empowerment, Nicki Minaj even released a single in her name.

He’s a righteous Shaolin monk, the Earthrealm’s greatest protector and the official Grand Champion of “Mortal Kombat”—you know him, he’s Liu Kang. As one of the game’s original main characters, he’s an iconic symbol of the fighting series. I mean, he’s been killed and resurrected multiple times and he’s still a powerhouse!

Always wearing a red ensemble and a sarcastic smile, Wong is “Resident Evil”’s mysterious bad girl antihero. We aren’t given much information about her background, other than that she is a trained spy and assassin, but we know that she is just as capable and cunning as the other characters in the series, if not more so.

It’s not often that a female video game protagonist can emerge from the design process unsexualized, so we’re thankful Connors was able to escape the common clichés. From her edgy fashion style to her Runner lifestyle, she’s undeniably intriguing and unique. Plus, she’s a total bad@ss—and we’re the lucky ones who can parkour with her.

“Sleeping Dogs” is often compared to the popular franchise “Grand Theft Auto,” but the game is more than just a dull imitation. Wei Shen, born in Hong Kong and raised in San Francisco, is a beacon of authentic Asian American representation. He responds to Cantonese-speaking characters in English, messes with the superstitious Chinese villain by setting his clock to 4:44 and deftly navigates American and Chinese culture, all while beating the hell out of some gang members!

Undefeatable, invincible and unconquerable—Ajay Ghale really represents everything that his Sanskrit name means. Like Wei Shen, Ghale is also an expatriate. He’s trying to return to his homeland Kyrat, a fictional Himalayan country, but then somehow gets involved in a violent civil war. Utilizing his combat skills from his time served in the U.S. army, Ghale has a wide mastery of weapons and is a force to be reckoned with.

Without a doubt the world’s cutest climatologist, Mei is a fan favorite of North American and Chinese players alike. She is unapologetically Chinese and enthusiastically voices phrases like “the world is worth fighting for” and “you have to let it snow” in her Chinese-accented English. Her cheerful personality and her powerful icy blasts make her a compelling choice to play—or a formidable enemy to face.

Sir Henry Green is a man of many identities with aliases like Jayadeep Mir and the Ghost. He might be considered by some to be a failed assassin, since he was more interested in reading than he was killing as a child. However, his book smarts and personal connections come in handy for the Frye twins in their journey to free London from Templar control. And you can’t argue that anyone who’s been knighted is unsuccessful.

Although she’s gained a reputation as a favorite choice of griefers, Symmetra mains believe she is underappreciated and misunderstood. Not only does she have a fascinating background, as a native of India and a master of hard-light constructs, she also has a wide range of skills in the game. Plus, Blizzard confirmed that Symmetra is on the spectrum canonically, a major boon for the Autism Spectrum Disorder community.

I don’t love this character just because they share my last name, but also because, despite the fact that they were part of an experiment that wiped their memory clean every day, they were somehow able to engineer their escape. Players will find themselves deeply connecting with Morgan and their mission to right the wrongs of society—and their own decisions from the past. 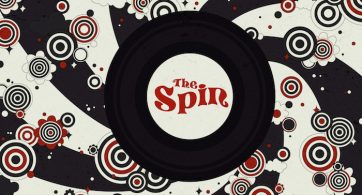 Editor’s note: Every month we’ll be compiling a playlist featuring Asian American musicians. This month’s theme is “Midnight Drives.” I grew up in the Greater Boston Area and I […]