I grew up in the Greater Boston Area and I was first introduced to music by my mom, who loved Bob Marley, the Grateful Dead and Jack Johnson. It’s hard to describe my taste in music, because it’s a bit all over the place and depends on my emotions. I will say that I went through a phase last semester when I only wanted to listen to Whitney Houston’s music and nobody could tell me otherwise.

The inspiration for this playlist initially began with my love for the Indonesian indie band “Reality Club.” I discovered them through happenstance a couple years ago through Fathia Izzati’s YouTube channel, when she mentioned that she was in a band. For this playlist, I wanted to take the idea of a late night drive, where you have nowhere else to be, and curate the perfect tracks to go along with that ride. Picture the iconic tunnel scene in “The Perks of Being a Wallflower.” There’s something about the glowing lights and the rumbling hum of the engine along an empty road that makes it feel as if life itself can stop for just a moment in time.

If you haven’t ever listened to this band from South Jakarta before, start with “Elastic Hearts.” Some might compare their sound to the likes of Cage the Elephant, Arctic Monkeys or The Strokes, but in reality (no pun intended) they have a unique sound all their own.

The lyrics and beat of this new tune from Run River North will make you want to play this song on full volume while riding top down in a vintage convertible that you don’t actually own.

I’ve been a huge fan of singer-songwriter Conan Gray since the release of “Idle Town” in 2017. His new sassy bop serves as the ultimate comeback to any ruthless player who fools with your heart.

This is the perfect song for a pool party… Or the perfect tune to play for your summer crush. You decide.

In his newest single, Joji declares that he’s completely committed and ready to be in a relationship. Unsure of how to tell someone they’re your soulmate? This song might help. Otherwise, you can just sit back and enjoy the sweet lyrics.

A word of warning about the emotional shift that’s about to occur in the second half of this playlist. In her second music video, Maia, otherwise known as mxmtoon, sings about crying alone in a prom dress. Even if this didn’t happen to you, introverts everywhere will sympathize.

In his newest single, Rich Brian (Brian Imanuel Soewarno) gives us an intimate look at the challenges he faced after immigrating from Indonesia to America to pursue a career in rap. Despite its dark beginning, this three act story has a hopeful ending, so stay tuned.

In the true spirit of the summer fling, queen of 88rising NIKI sings about wanting to keep a relationship on the down low because there’s no need to mess with a good thing. Am I right?

DANakaDAN (Dan Matthews) grapples with conflicting emotions and spiraling thoughts in this alt hip-hop track from his 2017 album, “Escape From L.A.” It’s a gem of a song that would also be a perfect addition to any workout playlist.

In some way, aren’t we all still figuring out what we want to do when we grow up? Lead singer Sameer Gadhia lets us know that we’re not alone. The steady beat of this song will help you feel a little bit less lost in that journey. 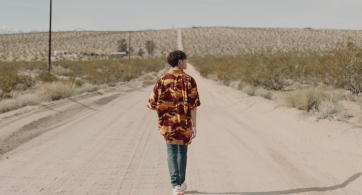 In a huge mansion, bikini-clad girls dance with a slight young man wearing baggy designer clothing, as he raps about love and lust. It could be a scene from […]