North Korea’s Ebola Response Mirrors World War Z
Although the current Ebola outbreak is far from a zombie apocalypse, many readers have been comparing North Korea’s closure of its borders to the events in Max Brooks’ 2006 dystopian novel World War Z: An Oral History of the Zombie War.

Korean Adoptee Heather Schultz Starts the Search for Her Birth Family
“I remember thinking this is what mothers do — they leave you,” said freelance writer and editor Heather Schultz. Schultz, who is currently on a three-week trip to South Korea, discusses her early childhood as a Korean adoptee and how she came to discover her birth family’s stories.

South Korea Launches “Happy Education” Policy to Shorten Study Hours
President Geun-Hye Park launched a “Happy Education” policy that aims to prevent students from measuring their success solely based on academics by placing a one semester ban on exams for 13-year-old students.

Why K-pop Idols Flee From Their Groups
The Joongang Daily explores the numerous reasons why K-pop idols choose to depart from their groups.

Why I Changed My Korean Name and Why I Changed It Back
“Growing up in Seoul, South Korea, I loved my name. … Butchered in foreign tongues, ‘Seonjae’ did not have the beauty and power that accompanied it back in Seoul.”

Naomi Ko of Dear White People on Avoiding the Asian Representation Trap
Visibility Project interviews Naomi Ko, who talks about what it means to be a millennial of color and how the feature film Dear White People deconstructs racial stereotypes.

Japan Could Deploy Minesweepers off SKorea in War with North, U.S. Admiral Says
“Prime Minister Shinzo Abe’s decision to let Japan’s military fight overseas could open the way for the country to deploy minesweepers in South Korean waters in the event of a war with North Korea, a senior U.S. admiral said on Friday.”

Whistle-blower Sees Little Change in South Korea 10 Years After Exposing Cloning Fraud
Whistle-blower Ryu Young-joon, who exposed groundbreaking cloning research as fraud, speaks for the first time about the fallout he faced from his tip-offs and discusses how South Korea is still tied down by values that allowed cloning fraudster Woo Suk Hwang “to become an almost untouchable national hero.”

Cured of Ebola, Nina Pham Gets a Hug From Obama
Nina Pham, a nurse who caught Ebola while caring for a diagnosed patient in Dallas, was released Friday after making a complete recovery from the deadly virus. She met with President Barack Obama at the White House, where she received a thank-you for her medical service as well as a hug.

Jeremy Lin Goes Undercover as Adidas Store Employee
NBA star Jeremy Lin is back with another prank. In his latest video, Lin poses as an Adidas store employee in Taipei and interacts with several unsuspecting customers.

As Decades of Korean Adoptions Dwindle, Identity Issues Remain
“What I hope the legacy of Korean-American adoptees is,” Korean adoptee Joy Lieberthal said, “is that we’ve elevated the level of conversation of what it means to be Asian, Asian-American, Korean, Korean-American.” 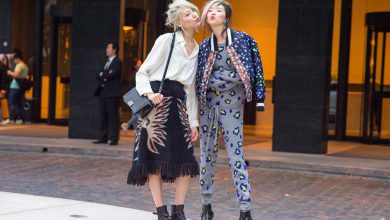 While we gave you some inspiration from Seoul Fashion Week’s attendees, we didn’t want to leave out the models themselves.  Once off the runway, some of Korea’s favorite […]