The Whitest Oscars Since 1998: Why the ‘Selma’ Snubs Matter
For the first time in almost two decades, no person of color received an Oscar nomination for acting. The Daily Beast gives a cheeky commentary on why the lack of diversity in this year’s Oscar nominations matters.

Please don’t tell me that I was lucky to be adopted
“For me, being an adoptee is like getting into a horrible car accident and surviving with devastating injuries. But instead of anybody acknowledging the trauma of the accident, they tell you that you should feel lucky. Even if the injuries never stop hurting, never quite heal. Even if the injuries make it impossible to feel comfortable in everyday life.”

Eddie Huang on Watching His Memoir Become an ABC Sitcom

“Network television never offered the epic tale highlighting Asian America’s coming of age; they offered to put orange chicken on TV for 22 minutes a week instead of Salisbury steak,” Huang writes in his Vulture essay. “And I’ll eat it; I’ll even thank them, because if you’re high enough, orange chicken ain’t so bad.”

ABC’s Fresh Off the Boat Panel Gets Awkward
There were plenty of awkward and tense moments at the Fresh Off the Boat panel at the 2015 Winter Television Critics Association Press Tour. One of those moments was when a TV reporter asked the cast: “I love the Asian culture. And I was just talking about the chopsticks. And I just love all that. Will I get to see that? Or will it be more Americanized?”

10 Chopstick-centric Episode Ideas for ABC’s Fresh Off the Boat
YOMYOMF pitches 10 potential Fresh Off the Boat scenes that creatively spotlight chopsticks in response to the first question asked at the ABC show’s TCA panel in Pasadena.

Ryan Park recalls his experience of becoming a stay-at-home dad after leaving a Supreme Court clerkship.

The Low-Down on E-Cigarettes and Why It Affects Asian Americans
Audrey Magazine explores the reasons why electronic cigarettes, or vapes, are a healthier alternative to smoking and how vaping is making an impact on the Asian American community.

The Slants, a six-member Asian American band from Portland, Ore., has been fighting to get their name approved by the U.S. Patent and Trademark Office (PTO) for years. Now, the band plans to take their case to a federal court.

People of Chinese, Korean or Japanese Descent Needed for Psychology Study
The University of Chicago is currently seeking Asian immigrants, Asian international students, and children of Asian immigrants from China, Korea, or Japan to participate in a study about cultural beliefs and attitudes toward American mental health treatment. This study will be online and will take about 40 minutes to complete.

A Korean Hallyu Threatens American Cultural Dominance
While globalization may mean “Americanization” to those living in the U.S., in China, globalization is considered to be Hallyu.

“There are times when I get confused as to whether I’m a Hollywood actor or a Korean actor,” Daniel Henney says, laughing. “But I think of myself as a Korean actor. It was in Korea that I was able to gain acting experience and get to where I am today. I take a lot of pride in being a Korean actor.”

Gochujang is the right kind of sauce for your Super Bowl wings
Spice up your chicken wings with gochujang this Super Bowl, using this salivating recipe.

Calling All Writers: Time Traveling Is Not For Everyone
Screenwriter Koji Steven Sakai and New York Times bestselling author Heidi Durrow team up to create an anthology of time-traveling short stories that feature characters from underrepresented communities. The deadline for proposals is Feb. 14, 2015.

Selfie is now history–but it’s also the future
Although ABC canceled Selfie in the middle of its first season, the show developed an incredibly committed fanbase online after the remaining episodes were aired on Hulu. 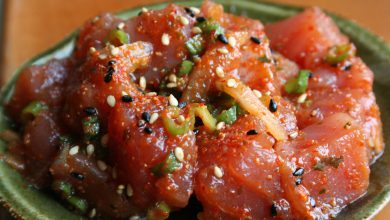 Do you cringe at the thought of eating raw fish or skip out on sashimi at a sushi restaurant? Well, you may soon be warming up to the idea […]