Video: Roy Choi Wants the Next Food Revolution to Start in Watts

The first location will be in Watts at a site that used to be smoke shop and a barbershop. Choi says that his team wanted to open a location somewhere in South Los Angeles, and they ended up focusing on Watts because of the sense of community they found there. (LAist)

Thirteen frightened young dogs and puppies arrived in San Francisco in a van Thursday, some trembling, tails between their legs, others with sad but hopeful eyes, and all of them unaware of how close they came to an agonizing, gruesome death. (SF Gate)

Memoji Keyboard Allows You To Emojify Yourself

Johnny Lin, an ex-Apple engineer, created a way for users to upload their own faces as emoji. Angry Asian Man Phil Yu tries it out.

Why is the movie such a huge hit in the South Korean film market? Cinema Blend speculates the reasons, from the visuals to the high fashion costume design to director Matthew Vaughn’s popularity in South Korea.

23 Most Anticipated Korean Films of 2015

Homebrew and House Parties: How North Koreans Have Fun

“Despite restrictions on money and free time, partying is integral to North Korean culture. But how does it compare to cutting loose in the South?” writes The Guardian.

Korean Star Jung Ho Kang May Be Much Better Than Advertised

“In so many words, clubs just didn’t see many reasons to be optimistic about Kang,” writes Bleacher Report. “But as early as it is, one wonders how many are thinking differently these days.”

The Contra Costa Korean Presbyterian Church is being sued for negligence in their hiring of a youth pastor, who the plaintiff claims repeatedly sexually molester her and her sister.

In his inauguration speech on March 18, Shinhan Bank President Cho Yong-byoung emphasized, “I will solidify our status as a leading bank.”

Cho said, “Through ceaseless innovation, we must create new opportunities and values and maintain the highest level of profitability and soundness.”

It won’t be Cho’s first time behind the wheel of an automotive law department. He was most recently general counsel, corporate secretary and head of government relations at Volkswagen Group Canada, and has also has worked with Volkswagen Group China and Kia Canada.

The Olympic Gateway, a long-projected landmark for Los Angeles’ Koreatown, as well as the Madang project at Da Wool Jung, are expected to begin construction as soon as mid-May.

On display are about 70 works by students of Kit-beol Village Calligrapher Lee Chul-woo. (Korea Times)

Arthur Cho, John Hong, Seung Meang and Shane Oh were among the 60 new police officers and deputies who graduated from the academy. This is the first time in the history of the department that an academy class had this many Korean-American graduates. (Centreville Independent) 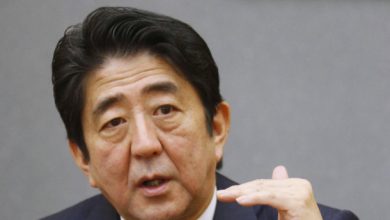