As all signs point to Japanese Prime Minister Shinzo Abe making a trip to the United States later this spring, several activists in the U.S. have called for him to issue a clear apology for war crimes, including sexual slavery, committed by Japan during World War II before he is expected to appear before a joint session of Congress.

Yesterday, Korean American civic groups, including the Korean American Forum (KAF) and Korean American Civic Empowerment (KACE) took out an advertisement in The Hill, an American political newspaper, demanding, “Mr. Abe must apologize to the victims of military sexual slavery by imperial Japan during WWII … before seeking a speech to a joint session of U.S. Congress.”

The ad also includes the photos of former “comfort women” Jan Ruff O’Herne and Yong-soo Lee, who both testified before Congress in 2007. Another photo shows Abe visiting the Yasukuni Shrine in 2013, an act that infuriated Koreans and Chinese, as the shrine honors a number of Japanese soldiers who were tried as war criminals.

U.S. Rep. Mike Honda (D-CA), who has previously spoken on behalf of sexual slavery victims, also issued a statement that said Abe fully “acknowledges the systematic kidnapping of girls and women during the 1930s and 1940s during the second world war, that they were responsible for, that he apologizes on behalf of the government, that the apology be unambiguous, and that he accepts the historical responsibility.”

Honda added that “nothing less than” a clear apology would be enough for Abe to be a global leader in women’s rights, as the prime minister said in a speech at the United Nations last year.

A U.S. veterans group, which includes former American prisoners-of-war and their relatives, sent a letter to lawmakers in Congress, saying Abe should only be invited to give a speech if he admits Japan’s wartime conduct. The American Defenders of Bataan and Corregidor Memorial Society called the speech a “unique opportunity” for him to deliver the apology.

Abe will travel to the States during the Golden Week holidays from late April through early May. His speech is expected to touch on Japan’s peaceful path since the end of World War II and strengthening Japan-U.S. ties for the future, particularly on the economic front through completing the Trans-Pacific Partnership trade pact.

This all comes before the 70th anniversary of the end of the war in August. The Washington Post notes that there is intense speculation in Tokyo—and in other Asian countries—about how he will mark the anniversary.

A Japanese government study in 1993 led to Chief Cabinet Secretary Yohei Kono to issue the “Kono Statement,” which officially acknowledged that the Japanese Imperial Army had forced “comfort women” to work in military brothels during WWII. The statement’s wording was negotiated with the South Korean government, then led by President Kim Young-sam.

On the 50th anniversary, then-Prime Minister Tomiichi Murayama said that Japan, through its colonial rule and aggression, “caused tremendous damage to the people of many countries, particularly to those of Asian nations. In the hope that no such mistake be made in the future, I regard, in the spirit of humility, these irrefutable facts of history, and express here once again my feelings of deep remorse and state my heartfelt apology.”

Abe’s government has drawn outrage for signs in the last few years that they were looking into reexamining and revising previous statements, including the ones listed above. This hasn’t helped thaw relations with South Korean President Park Geun-hye’s government, and the two leaders never met face-to-face until President Barack Obama held a joint meeting with them last year and Abe told the Japanese parliament that he would not revise the 1993 apology.

Correction: A previous version of this article incorrectly referred to the Korean American Civic Empowerment (KACE) organization. We have also clarified that Prime Minister Abe has not been officially confirmed to appear before Congress, but that he is expected to during his trip to the U.S. in late April. We sincerely regret the error. 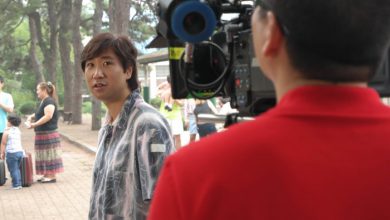