Did you fall for the irresistible drama and love triangles that filled “Boys Over Flowers,” or get caught up in the gender-bending antics of “Coffee Prince?” No judgment, so did we. But if you’re getting tired of re-watching the same series and want to check out similar K-dramas with even more heartthrobs to daydream about, read on to learn about five shows that are brand new this year. Instead of supernatural or fantastical plots, these romances take place in the real world—relatively speaking.

It is K-drama, after all.

Super Junior singer Choi Si-won stars as the down-on-his-luck Yang Jung-kook, who meets and falls for the similarly love-lorn Kim Mi-jung. The pair seem to be perfect for one another and move in together, but there’s a twist: Yang Jung-kook is a smooth-talking con artist, and Kim Mi-jung is a successful police detective. Just imagine those over-dinner conversations.

This Netflix release follows a group of college-age kids who all unexpectedly move into the house of a mutual friend, Yoon Tae-o (who we can assume is one incredibly patient guy). The four friends have to learn to get along, while navigating the rocky waters of love and dating. And you thought your roommates were bad.

In a story that sounds like it could have been ripped from Hollywood’s tabloids (but was actually based on a web novel), spoiled actress Oh Yoon-seo finds herself at the center of a scandal that threatens to destroy her career. With nowhere else to turn, she takes on a temporary job as a secretary for a brooding young lawyer to get into character for her next role. Someone should have told Lindsay Lohan that was an option, before she wound up in the “National Enquirer.”

Another standout from Netflix, the drama sees old friends Kang Dan-i and Cha Eun Ho caught in a will-they-won’t-they romance, as the unemployed Kang Dan-i tries to land a job at Cha Eun Ho’s publishing company. Though it contains the lighthearted fare typical to K-dramas, there are plenty of poignant moments too, and Kang Dan-i’s struggles to forge her new future are refreshingly grounded.

Ah, one of the great mainstays of K-drama: a fake dating plot. Sung Deok-mi is happily juggling two worlds, as the curator of an art gallery and the K-pop fangirl behind the famous blog “Shi-an is My Life,” but she starts a fake relationship with her new boss after malicious rumors spread that she’s dating the star she’s so obsessed with. How this helps, we’re not sure, but that’s K-drama for you. 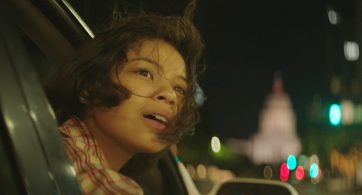 Some people might say an Asian person playing country music is about as American as mayonnaise with apple pie. But that’s probably because they haven’t seen “Yellow Rose” yet. […]