Sasami Ashworth answers the phone from a Torchy’s Tacos parking lot in Austin, Texas, where she’s visiting the Lone Star State’s capital for South by Southwest. She’s just finished eating chicken tacos. “The Mexican food in Austin is so f-cking good,” Ashworth says. “I just got back from Europe, and the first thing that I wanted to do was eat a million tacos.”

This isn’t Ashworth’s first rodeo. She’s been making the rounds at this festival for years, first as an intern for the PBS show “CD Highway,” and later as a synth player for the indie rock band Cherry Glazerr. The magic of SXSW has somewhat worn off for her. “It’s kind of like a f-cked up summer camp,” Ashworth says. “It’s just a bunch of people running around trying to make it to other people’s shows, trying to make it to their own shows, drinking beer and eating junk food. I feel like I’ve gotten at least one South By stick-and-poke at some point.”

But this time around she’s at the center of attention, promoting her solo debut album, titled “SASAMI.” Released on March 8, it’s a 10-track, power-packed record, with an analog sound that rests somewhere between West Coast indie rock and shoegaze. Written when Ashworth was just beginning to dip her toes back into the dating game after a series of long-term relationships, the album is haunted by an atmosphere of longing melancholy, and delves into themes of lost love, emotional emptiness and the universality of the human experience. “SASAMI” features some of the most beloved musicians in the indie game, like Soko, Devendra Banhart and Ashworth’s brother Joo-Joo, of the L.A.-native band Froth. To not mince words: it’s an absolute banger of a debut album.

On the day of her album drop, Ashworth spent the day at a release party in London. Though many might have been overwhelmed at the thought of having to do a show on the day of their debut, playing music was a welcome distraction for her. “Putting an album out feels more like watching a big snowball that you made roll down a mountain at a velocity that’s way faster than you could ever stop it,” she says. “At least at the show you have some semblance of control over it.”

“SASAMI” may be an emotionally charged album, but it won’t leave listeners sobbing into the darkest hours of the night. Ashworth has a knack for taking heavy, unpleasant topics like jealousy and loneliness and injecting them with a pleasant dose of levity. In fact, it wasn’t even her intention to create a full album. Composing was just a way to process complex emotions that she didn’t know how else to deal with. “I was writing songs when I was feeling bummed out, and I totally think the content reflects that,” Ashworth says. “It was very stream of consciousness-y. I feel really happy and ecstatic and positive emotions, but for some reason, when I’m writing music, I feel much more emotionally open.”

Ashworth hasn’t always aspired to be a rock artist. She’s a classically trained musician who originally set out to become a professional French horn player, but developed an interest in electronic instruments in college. Since then, she’s dabbled in a little bit of everything in the musical realm, from film scoring to composing music for commercials and creating arrangements for artists like Wild Nothing and Curtis Harding. But transforming her personal experiences into music and then into a marketable product has been a mixed bag for Ashworth. “You have to treat your album like a product at a certain point,” Ashworth says. “I felt emotionally detached from it until recently, and then I kind of remembered that it’s a really sad album. The fact that people are having any sort of relationship to it is very beautiful, and special and awesome.”

Though the metaphorical ink on her debut is still wet, Ashworth already has her sights set on her next project, for which she’s hoping to return to her compositional roots. “My goal is to incorporate more instruments and better arrangements,” she says. “That’s the direction I’d like to go in. I’ll probably have even more analog pop music in the next record.” Then Ashworth excuses herself to head to her next interview at the “weird, totally insane summer camp” that is SXSW. 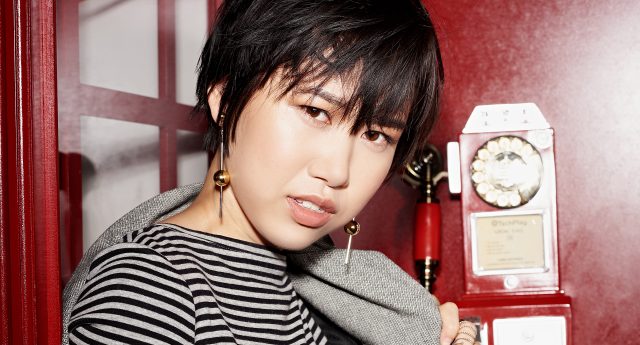 Ramona Young almost lived a totally different life than the one in front of the camera she has now. Before acting, she was preparing for a life as an […]