Well, not exactly.  But, it seems that the 16-year old singer has been hit by the hallyu wave and may be joining the ranks of Teddy Riley, will.i.am, Diplo, Bauuer, Missy Eliott and host of others on the list of non-Korean artists who have worked on K-Pop tracks.

In a recent interview with Clash Magazine, the songstress and writer behind the smash hit “Royals” expressed to branch out when it comes to writing music, mentioning that she’d love to pen a track for a K-Pop girl group.  The reason?  The ridiculously catchy melodies and out-of-this-world, extravagant concepts that have become the hallmark of the genre.  She mentions:

“Girl bands are only cool if they’re so ridiculous it’s awesome, like the K-Pop girl bands with twelve people who rule the country. I’d write for a Korean girl band, definitely – some of their melodies are the best pop.”

There’s more than enough groups that she can choose from — Wikipedia lists a total of 78 current groups — we must admit, that we have a shortlist of acts that we’d love to see her work with (aka Girl’s Generation, 2NE1 and miss A).

Most online readers were open, even excited, for the prospect of Lorde making a crossover into Korean pop:

And there should be reason to be excited.  If Lorde can bring her art pop, minimal electronica sound to the sometimes-stagnant K-Pop sphere, definitely sign us up for a first-listen; it’ll be something to listen to, without a doubt. 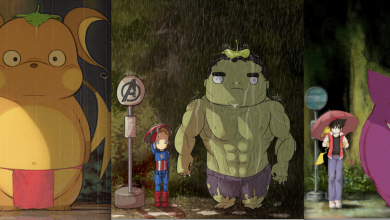 When Miyazaki announced his retirement, fans quickly reacted. Suddenly, the already large fandom grew in number and in passion. His movies were popping up all over social media, children […]