After expressing her interest in writing lyrics for a K-Pop song in an interview earlier this year, teenage singer-songwriter Lorde, whose debut album was just named to Rolling Stone’s 50 Best Albums of 2013, has continued to show her love for and rather impressive knowledge of hallyu.  In an interview with Universal Music, Lorde notes that a collaboration between her and YG Entertainment’s Lee Hi is something on her wish list, as she’s a fan of the K-Pop Star-bred songstress.  “I particularly like her,” she notes.

Lorde praised the K-Pop industry for its fresh take on pop music, something she says that she doesn’t see in the West:

“The melodies and songs [in K-Pop] are very interesting. Their melodies are a lot more charming than the Western pop which I grew up listening to. If it is pop music, it should be to that extent.”

She later goes on to demonstrate her (somewhat surprising) K-Pop knowledge, as she mentions being a fan of 2NE1 and wanting dance lessons from Girls’ Generation.

But the prospect of a Lee Hi x Lorde collaboration is definitely something we’re interested in hearing.  With both being 17-year old’s with singing chops that go way beyond their years (it should be noted that both were named to Billboard’s 21 Under 21), we’d love to hear what a duet could sound like.

So if you’re reading, YG and Universal Music — make it happen.  Please. 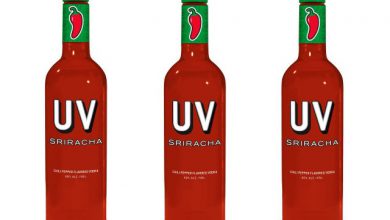 While an LA judge may have just ordered a Southern California sriracha hot sauce factory to partially halt its operations after complaints from neighbors, it seems like there is […]