Our weekend playlist has just arrived!

Activist, musician and feminist icon Madame Gandhi just dropped  her latest EP, “Visions,” the second installment of her ongoing project that celebrates the female voice. Releasing today, “Visions” doesn’t hold back, interpreting life through a feminist lens, a theme that is constant in Gandhi’s music.

Recognizable as the woman who ran the 2015 London Marathon bleeding freely while on her period, Gandhi fearlessly takes the reins once again, redirecting the narrative of women through her music. Her lyrics are simple yet effective, empowering those who identify with fourth-wave feminism and raising questions of what it means to be female today. Gandhi’s high-octane music cuts across genres, combining Brazillian beats, drum and bass and trap music together, even sampling a meditation chant that she learned from her mother. The EP features five tracks that serve as motivational melodies to power you through the week.

The rapper and percussionist who’s previously performed with M.I.A, Kehlani and Lizzo also announced her West Coast tour dates, starting in December. She’s set to share the stage with artists MILCK and Jarina De Marco, both artists who have advanced the conversation surrounding women’s rights and gender stereotypes through their music.

Catch Madame Gandhi at one of her upcoming tour dates, and visit her website here for more information. 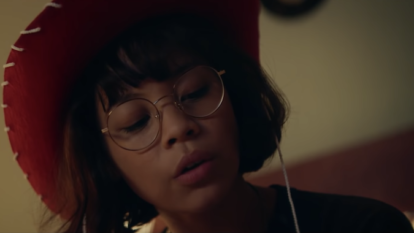 Couldn’t make it to a screening of “Yellow Rose” this year? Don’t sweat it, because Sony will soon bring the Filipino country musical (you read that right) to a […]