Nickelodeon has renewed the K-pop inspired musical sitcom Make It Pop for a 20-episode second season.

The series premiered on April 6 and concluded its first season on May 1. Starring K-pop singer Megan Lee, Make It Pop follows three teen girls who meet as roommates at an international boarding school and later form the pop band, XO-IQ.

According to Nickelodeon’s press release, the teen musical comedy became the “most-watched long-form” content on Nick.com and on the Nick App.

Prior to the show’s debut, critics and Hallyu fans accused the network of capitalizing on K-pop trends and criticized the series for its lack of Asian male characters, despite it starring one Asian American and two Asian Canadian female leads.

In an interview with Billboard, Lee addressed the issue about the lack of an Asian male lead in the sitcom, emphasizing that the casting call was open to all ethnicities and that roles were given to actors who portrayed them best.

“We do have Asian male characters in the show, I want to make that clear; we might not have an Asian male lead, but that was not specifically cleared out that way,” she said. “We’re not trying to exclude Asian males in any way.”

Last year, Lee sued her Korean label, Soul Shop Entertainment, alleging unfair treatment and verbal abuse from the management’s director. She recently won her lawsuit, which allowed her terminate her contract with the label ahead of Make It Pop‘s premiere.

Make It Pop is co-created by Thomas W. Lynch and Nick Cannon and produced by DHX Media. 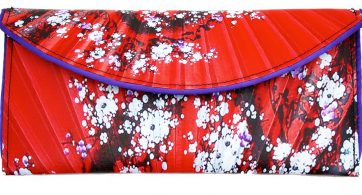 If you are a serious follower of fashion news, then you know The Metropolitan Museum’s Anna Wintour Costume Center is set to focus on Chinese fashion aesthetics that […]