At San Diego Comic-Con 2019, Marvel revealed a ton of upcoming content and even unveiled that Simu Liu will be playing Shang-Chi. But another SDCC Marvel announcement garnered a considerable amount of buzz in the comic book world: The next superhero to join the Marvel universe will be Filipina. Comic book writer Greg Pak will be joining forces with Filipina American writer Alyssa Wong to develop the origin story behind Marvel’s newest Filipina superhero, Wave.

Here’s everything we know about Wave to prepare you for “AERO #2,” which will hit stores on August 7.

1. Wave Is The First Filipina Superhero To Be Created In Over Ten Years

Wave, known by day as Pearl Pangan, can manipulate water and protects the Philippines. She isn’t the first  Filipina superhero in Marvel, but she is the first in a long time. Wave eventually joins the Triumph Division, a Philippines-based group of superheroes that was first introduced in the “Invincible Iron Man #2” in 2008.

2. Wave Debuted With Shanghainese Superhero Aero In “War of the Realms: New Agents of Atlas #1.”

In the very first pages of “War of the Realms: New Agents of Atlas #1,” Wave investigates a disturbance in the North Pacific and she runs into Aero, a Shanghainese superhero who can control the wind. The new members of Agents of Atlas, which includes Shang-Chi, a Korean American Hulk and an Asian American Spider-Woman, seek the two superheroes’ help to take down Sindr and her fire goblins.

3. Wave And Aero Will Team Up In The Comic Series “AERO”

In “AERO”’s back-up feature, the wind and water duo band together, with Aero backing up Wave when the Triumph Division kicks her out. The main feature of the graphic novel, is an English-translated Chinese comic, which focuses on Aero’s escapades in Shanghai. Outside of her superhero work, Aero is Lei Ling, an architect who just wants to spend time with her boyfriend.

Wave grew up on the beaches of Cebu, Philippines and was a prodigy swimmer. She was on the path to the Olympics, but “stuff happened,” and she had to swap swimming for working at a fast food joint. But when a lady from a company called Altontek approaches her about a swimming study, Wave readily agrees to the better-paying gig. But their work is interrupted when a group of mysterious people break into the facility. In the subsequent fight, the testing tank explodes and gives Wave the power to control water. Those intruders are later revealed to be the Triumph Division, who take Wave in and teach her how to use her newfound abilities.

5. Pak And Artist Leinil Yu Are Behind Wave

Pak and Yu are the masterminds behind Wave. Pak developed Wave’s key characteristics, while Yu designed her look, which includes a sword that resembles the kampilan the legendary Filipino folk hero Lapu-Lapu used. Pak, who has already shined a spotlight on a variety of Asian heroes, also adapted Aero’s story in “AERO” into English, wrote “The War of the Realms: New Agents of Atlas” and created the character of Amadeus Cho, a Korean American Hulk.

6. Wave Will Be Further Developed By Speculative Fiction Writer Wong In “AERO #2”

We got a brief look at how Wave came to be, but Wong will expand the origin story. Wong is a decorated sci-fi author who has written stories for “Overwatch,” penned an “Adventure Time” comic book and published original short stories. Wong is Filipina American, but she turned to her mom and fellow writer, Isabel Yap, to fully understand the Pinay experience. Stay tuned because Wong has some one-shot origin stories about Crescent, White Fox and Luna Snow, other female Atlas heroes in the works.

7. Another Filipina Superhero Will Be Introduced In “AERO #3”

Filipino American History Month is in October, but Wong and Pak are bringing the Pinay excellence to comic book readers early—“AERO #3” will be released on September 18. Not much has been revealed about this new Filipina superhero, but we’re already wondering … What kind of adventures will Wave, Aero and the new girl go on? 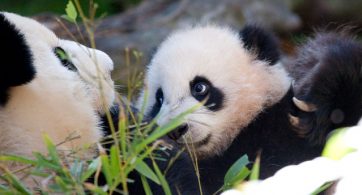 Asian parents are notoriously difficult to buy gifts for. Whether they disapprove of how expensive an item is or dismiss its use value (I recently caught my dad trying […]