Fans of “Game of Thrones” and “Lord of the Rings,” meet your new favorite television show.

Based on the 14-volume epic fantasy books by Robert Jordan, “The Wheel of Time” is finally getting its due as a series from Amazon Prime Video. The story follows the journey of the magical Aes Sedai Moiraine Damodred, played by Rosamund Pike, and fierce warrior Lan Mandragoran, helmed by Daniel Henney, as they shepherd five young people across the land, believing one of them to be the world’s prophesied savior.

With a dense lore behind the books and a loyal fanbase who are eagerly anticipating the show, “The Wheel of Time” is one of the most exciting series to premiere this fall. Henney reassured audiences the cast and crew did their best to translate Jordan’s words to the screen. “There’s some really beloved characters in the books and we’re trying to make sure we’re hitting them well,” he said. “We make them our own, but the essence of those characters from the books has to be within us.”

Henney also revealed that “The Wheel of Time” was unlike anything he had ever done before. Having spent most of his career in movies and television shows rooted in reality, like the long-running CBS drama “Criminal Minds,” where he played FBI agent Matthew Simmons, the fantasy series was a welcome break from the norm. “I was looking to try something different and outside the box,” Henney said. “ I felt like I really wanted to challenge myself. It can’t get much different than this. A lot of it was just wanting to push the envelope and try something new as an artist.”

Watch the full interview above for more and catch “The Wheel of Time,” streaming on Amazon Prime Video Nov. 19. 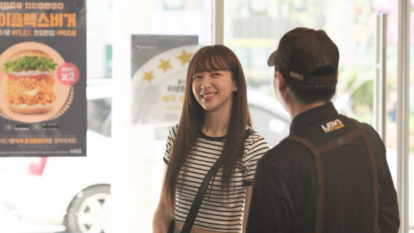 Streaming on iQiyi, the show follows the fictional band Cotton Candy as they decide to make the most of their final moments in the spotlight.