With a career spanning multiple decades in film, television and stage, Jodi Long is a living legend among the AAPI community.

Long is fresh off her historic Daytime Emmy Award win for her performance as Mrs. Basil E. in Netflix’s “Dash & Lily,” no doubt a career highlight for someone who has been acting for so long. “Thinking about it now, because my parents [were] some of the pioneers in the Asian American entertainment industry, I don’t think they ever would have imagined that [I would win],” she said candidly as she recalled the night she won. “I know they would be very proud. I dedicated the Emmy to them and I also feel that it’s finally breaking a ceiling for the next generation.”

The daughter of vaudevillian parents, Kimiye and Larry Long, she had found herself drawn to entertainment at an early age. She was inspired by the various performers around her, citing Broadway pioneer Pat Suzuki as an inspiration and television icon George Takei as a mentor. However, as Long made her shift from the stage to the screen, it was hardly an easy ride.

“It wasn’t what I wanted it to be when I first started [in Los Angeles] and I had been fighting this long fight of equity and inclusion since I was in college,” she revealed. But even as she was later cast in landmark shows like “All-American Girl” and “Sullivan & Son,” there was a surprising amount of pushback from audiences. “We had a lot to go up against. Margaret [Cho] had a lot of flack on her. The Asian community gave us a lot of flack. Can you imagine that happening now?” she exclaimed with an amused expression on her face. “Even then with ‘Sullivan & Son,’ we had the most diverse cast on television [at the time] but we were ahead of the curve so people never even picked up on that! I mean now that’s all they’re talking about, right? That’s all they want!”

Long has been fortunate not only to be able to witness the evolution of representation and diversity in entertainment but also to be on the front lines of it as one of the first people to introduce unconscious bias workshops to the SAG-AFTRA and PGA unions, a practice that has now become an industry standard. “Diversity is like ‘Oh yeah, they know you’re there,’” she alluded, recognizing the change in the newer generation of Hollywood, “but inclusion is where they dance with you at the party. And I feel like now we’re being danced with.”

“I always feel that when I walk out on a stage or turn up on a screen, it’s a political statement,” Long admitted. “It really is, because, as they say, ‘people will see … what they think I am,’ but if I’m really doing my job as an actor, they will just see a woman who is going through a particular set of circumstances who is just a human being like them. And that is the best thing I can do as an activist.”

Watch the full interview above to hear more of what Long has to say. 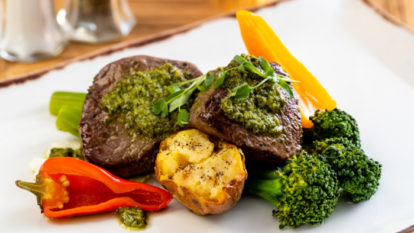 Pechanga Resort Casino features a variety of international cuisines, from exceptional fine dining to quick and tasty selections for those on the go. You’ll find a world of culinary […]