The new Apple TV+ series “Pachinko,” which hit the streaming platform on March 25, marks one of the most anticipated releases of this spring. But few viewers are more excited about the premiere than the series’ cast and creators.

“Even before I auditioned for the show, I was just excited the show was being made,” said actor Jin Ha, who stars as Solomon Baek in the series. “So, for me, it was already a win.”

Based on the New York Times bestselling novel from author Min Jin Lee, the show tells the story of a Korean family across four generations and three different countries. Sunja (played in different periods of her life by Jeon Yu-na, Minha Kim and Academy Award winning actress Youn Yuh-jung) grows up in Japan-occupied Korea and immigrates to Osaka shortly before World War II, raising her sons in a harsh and unforgiving environment. But just as a mystic promises in the first episode, a family endures through her suffering and heartbreak. “Pachinko” also stars Lee Min-ho, Soji Arai and Jimmi Simpson.

Episode directors Justin Chon and Kogonada and showrunner Soo Hugh also shared their appreciation for Lee’s 2017 novel. “I saw it as an opportunity to tell a story that feels like it’s one that represents my family, [and] can be universalized to tell the story of the immigrant culture all over the world,” said Hugh.

For more, watch our full interviews with the show’s cast and creators above! 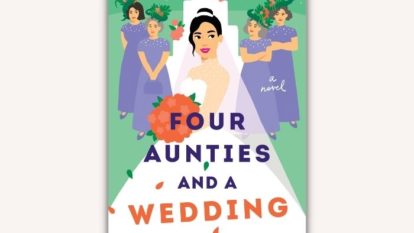 Jesse Q. Sutanto is back, with a celebratory follow-up to “Dial A for Aunties.”