Christmas and New Year’s may be over, but it’s never too late to get comfy and put on a holiday rom-com. For readers ready to embrace the couch potato lifestyle, actress and producer Shay Mitchell has the perfect recommendation.

Mitchell stars in “Something From Tiffany’s,” which premiered on Prime Video on Dec. 9, 2022. The film follows two couples in New York City who become entangled after a mix-up outside the titular jewelry store. But what seems like a simple misunderstanding sets off an unexpected series of events and leads to some surprising connections. Kendrick Sampson, Zoey Deutch and Ray Nicholson also star alongside Mitchell.

In an early December interview with Character Media, Mitchell shared that she related to and admired her character, Vanessa, on several levels. “I love the fact that Vanessa knew exactly where she wanted to be and where she wanted to go, and she didn’t change her mind based on certain circumstances,” Mitchell said. “She’s extremely independent and knew exactly what she wanted, and that’s something I really admired about her.”

The actress also explained that she felt a personal connection to the storyline of “Something From Tiffany’s.” The film reflects a number of relationship truths that are often left out of the romantic comedy movie genre. “This was a refreshing sort of storyline for me,” Mitchell said. “Nothing is perfect; all relationships have their ups and downs. It doesn’t mean that just because you get proposed to or you’re in a relationship or married, you’re succeeding more than somebody who isn’t. I love that this movie portrayed so many different variations of relationships because that really is what life is like as well.”

Watch our full interview with Mitchell above, then make sure to check out “Something From Tiffany’s” on Prime Video! 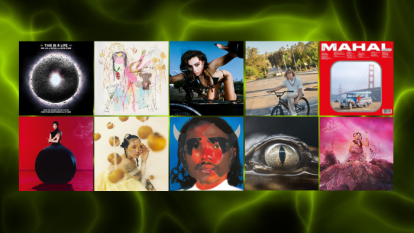 Head into 2023 with some of last year’s top songs by Asian and Pacific Islander musicians, including tracks from Mitski and The Kid LAROI.