“Broken Bread” follows Choi as he gets to know different gourmets and restaurateurs, from the minds behind the recently shuttered Avenue 26 Night Market to California cuisine pioneer Wolfgang Puck. While sampling delicacies from across Southern California and, in one episode, Tijuana, Choi dives into discussing issues like housing insecurity, sustainability, cultural appropriation and more. As always, food provides a crucial gateway into sometimes tough conversations.

But that’s just a taste of what’s in store this season. In a recent interview with Character Media, Choi explained the series helps bring people together and illuminate struggles faced by communities across the nation. “If we include each other into all of these steps within the process and ultimately eat together, maybe we could break through and talk about things we normally wouldn’t,” Choi said. “There are people that are fighting without the camera … fighting for seed sovereignty, fighting for regenerative agriculture, fighting for their neighborhood not to be erased.”

The Kogi founder went on to acknowledge that while it might be difficult for some to hear about these problems, he hopes a sense of awareness will overtake pop culture. “That’s my dream, is that these things are talked about in pop culture as easily as we talk about K-pop,” Choi said. “You don’t want to hear that sometimes, but if we make it digestible to where it’s just a part of your everyday algorithm, everyday life, that’s the revolution.”

Watch Choi’s full interview above for more, and visit the KCET website to find out when you can catch new episodes of “Broken Bread!” 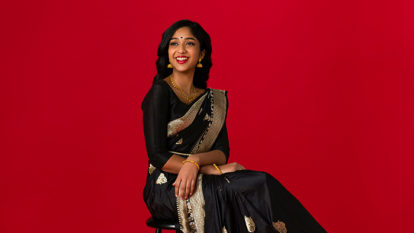 The “Never Have I Ever” star shares the story behind her newfound fame.