Based on the Spanish-language series “La Chica Que Limpia,” FOX’s remake, created by “The 100” producer Miranda Kwok, follows doctor-turned-cleaner Thony De La Rosa. Played by Cambodian-French actress Élodie Yung, Thony must face the trials and tribulations that come with caring for her critically ill son, all while under the thumb of a broken immigration system. Oh, and along the way, she falls into working as the mob’s cleaning lady.

Although the show banks on its dramatic premise, more topical themes of morality, motherhood and even AAPI representation back up the action. “[The show has] been a ride. There’s different worlds that collide,” Yung said. “There’s a lot to it. A lot of cliffhangers, and important matters as well.”

Her castmate Martha Millan, who plays Thony’s sister-in-law Fiona De La Rosa, added, “[The ratings] say it all. This is what people are craving for—more content of representation.”

Yung took interest in the role of Thony due to her character development throughout the series. “She’s walking the tightrope of morality,” Yung said. “She doesn’t even have time to think about it. She adapts. It was around episode six or seven [where I realized], ‘Oh! She is changing, her reactions are different.’ That was the juicy part for me to embody.”

According to Millan, Fiona brings a slightly different energy to the drama-thriller. “You see her in the first episode punching someone, so that already says it all about who she is,” Millan said. “It’s always wonderful to have those light moments that [she] brings to the show.” She went on to relate her character’s spunky attitude to personal heritage. “Especially as a Filipino, that’s exactly who we are,” she said. “No matter what situation, there’s always time to eat, or sing or dance. That’s just our spirit.”

Watch the full interview with Yung and Millan above, and make sure to catch “The Cleaning Lady” on Mondays at 9/8c on FOX! 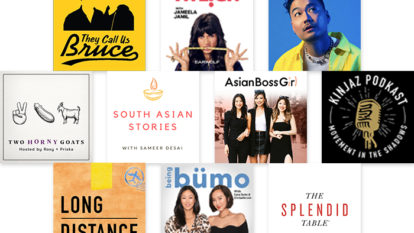 Turn up the volume on these 10 AAPI-hosted talk shows, with subjects covering music, art, Tony Leung and much more.