Being 13 years old isn’t easy. Considering the onslaught of awkwardness, hormones and angsty meltdowns, it’s no wonder that most people look back at their early teens with a mixture of nostalgia and dread. And Pixar is well-equipped to take  audiences back to tweendom with the quirky coming-of-age film “Turning Red.”

Directed by “Bao” Oscar-winner Domee Shi, the animated movie hit Disney+ on March 11 and tells the story of a plucky overachiever Meilin Lee (Rosalie Chiang), who lives in Toronto, Canada, during the early 2000s. Mei must juggle the expectations of her perfectionist mother Ming (Sandra Oh), the dreaded transition to becoming a teenager and fangirling over boy bands with her group of equally quirky friends. Oh, and occasionally turning into a giant red panda due to a family curse—no biggie.

Chiang and Oh joined the film’s creators Shi, Julia Cho and Rona Liu to dish on their own shared experiences of teenage cringe and share why stories centered on young women are essential. Chiang spoke about the film’s unusual lack of a traditional antagonist, which mirrors real-life family experiences. “Ming isn’t the villain; Mei isn’t the villain,” she said. “They just have a conflict. They’re both flawed human beings, having a normal conflict that everyone faces.”

Oh weighed in on the same topic, stating that while the movie’s primary audience are children, she hopes parents will be able to learn from the story’s message as well. “The film speaks to young people, but it also speaks to the generation who has children and hopefully in the way [that’s] encouraging,” Oh said. “It is painful to let go of your children… but we need to give them space.”

Additionally, the creators explained how they used their own memories from their pasts to help add more realism to the film, making for more bonding moments between the production team. “There was an extraordinary amount of generosity and openness because we all shared our experiences,” said Cho, the screenwriter behind “Turning Red.”
To hear more anecdotes about growing up in the full interviews, check out the video above and watch “Turning Red” on Disney+! 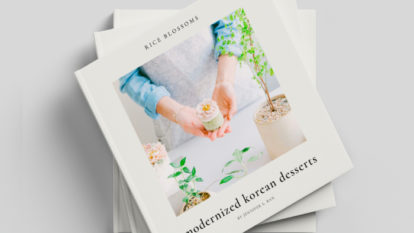