It’s a sad moment for those of us who frequented video game arcades during the ’80s and ’90s, playing coin-operated gems such as Pac-Man — the game’s “father” and founder of Namco, Masaya Nakamura, has passed away at the age of 91.

The Pac-Man name comes from the Japanese phrase used to describe the sound of someone quickly opening and closing their mouth as “paku-paku.” Legend has it that the Pac-Man name is a variation of its supposed original name of “Puck Man,” but Nakamura (wisely) figured that American gamers would get creative by changing the ‘P’ to a ‘F’, and so it was switched to Pac-Man instead. The game went on to establish itself as one of the ’80s biggest pop icons, and naturally one of the gaming industry’s most beloved titles of all time.

Do yourself a favor: find a copy of this old school masterpiece and play a few rounds in Nakamura-san’s memory. 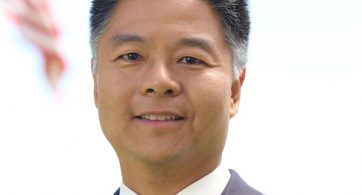 It seems everyone is having fun on Twitter this week, and Rep. Ted Lieu is no exception. Lieu, who placed a comparison photo of the crowd size from the inaugurations […]