Fans of K-pop superband BTS will soon be able to buy dolls of the seven members.

Mattel, the toy giant behind Barbie, has obtained rights to produce the band’s likeness in dolls, collectible figures and games.

In a tweet, Mattel said it plans to bring “[BTS dolls] to millions around the world.”

The announcement prompted a 9 percent rise in Mattel shares on Monday, according to the Associated Press.

BTS, often dubbed the biggest boyband in the world, is Korea’s top-selling artist. 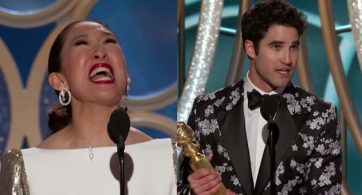 History was made Sunday night at the 76th Golden Globes, as Sandra Oh became the first Asian woman to win multiple Golden Globes for her acclaimed turn in “Killing […]