In front of the camera, Ian Alexander composes himself with the poise of an experienced model. As bars of electric colored lights are moved around his body for the shots, cherry reds, ceruleans and shadows embrace the different facets of his face. Alexander wears a serious, pouty expression, but sometimes the lighting will catch him at just a moment where his youthful candor cuts through the haze of the LEDs.

Alexander is an 18-year-old actor, best known for his role as the precocious Buck Vu on Netflix’s “The OA.” Alexander nabbed the role after answering a casting call on Tumblr looking for a 14- to 15-year-old, FTM Asian American. He began the show with no previous acting experience, but quickly became one of the most beloved characters of the show. Now he’s gaining a reputation as one of Hollywood’s youngest and most outspoken trans activists. He’s built an imposing social media presence online, but in real life, Alexander is a slight wisp of a thing whose small stature is dominated by the lights and props of the set.

The young actor grew up in a practicing Mormon household. Unlike other sects of Christianity, Mormonism has rituals that revolve around rigid, traditional interpretations of gender. As Alexander began to question his gender identity, it was hard to find anyone that had like-minded feelings. As he grew older, he realized that it would be unlikely for him to find acceptance in the community he grew up in. “Mormonism is very involved,” says Alexander. “It’s a lifestyle, so it’s not just that you go to church every Sunday. You have responsibilities and jobs within the church. If you’re a woman, you have to go to Young Women every week, or if you’re a man, you have to go to Young Men. It’s very divided by the gender binary. So, navigating that as I was struggling with my gender identity was really difficult. I realized that this may work for my family, but it doesn’t work for me.”

Before Alexander began experiencing gender dysphoria, he was already beginning to question his sexuality. Since he didn’t identify as a man at the time, Alexander thought he was a lesbian for a short period of his life. “I just thought, ‘Oh, I don’t have a crush on her, I just really want to be her friend,’” Alexander says. “I didn’t really understand what I was feeling because I couldn’t put it into words. And then I started questioning my gender because I just felt a disconnect with my body. At the time, I wrote it off as ‘Oh, everyone in middle school is going through puberty and is insecure about their body.’ It wasn’t until after I came out as trans that I realized that I just like people regardless of their gender. Understanding and accepting my own gender identity made me realize there doesn’t have to be a boundary.”

Like many trans men, Alexander is choosing to undergo hormone therapy to help him transition. He’s waited to start testosterone for more than four years, and his first round of treatment is set to begin in a few days at the time of the interview. His face beams at the mention of beginning T. “It’s been a long time coming, and I’m just in disbelief that it’s happening so soon,” Alexander says. “It felt like it would never happen, and now it just feels like the days are flying by. I’m just really excited to finally feel entirely confident and comfortable with myself. Even though I have gotten a lot more confident than I was in the past, there’s still a little boundary that I need to cross in order to feel fully myself.”

Things seem to be looking up for Alexander. In addition to starting T, he recently appeared on “The Ellen DeGeneres Show.” DeGeneres was one of the first openly gay public figures that he knew as a child, so gracing the “Ellen” stage felt like a huge professional and personal milestone for him. “I was just buzzing with excitement,” Alexander says. “I was about to walk onto the stage, and the stage manager had her hand on my back and then she said, ‘You know, I can feel your heart pounding.’ When we cut to commercial, Ellen hugged me and was like, ‘You’re a very brave, young man,’ and I almost cried. I was on the verge of tears basically the entire time, but in a good way.”

The hype around Alexander always seems to be swarming with heavy political overtones about gender and the future of Hollywood. But as he sits his slight figure upright on a couch at Character Media’s offices, it’s obvious—he’s just a kid. “Sometimes there is a lot of pressure to … I don’t know what the right word is … to capitalize on my transness,” Alexander says. “There’s this pressure to be a political advocate and to be a trans icon. It’s a lot of pressure to put on someone. I’ve taken a step back recently for the sake of my mental health, and I have felt happier. I’m not in crisis mode all the time. But then there’s sort of a guilt, where I feel like I’m not being politically active enough.”

Although Alexander is making a name for himself as a new face of Hollywood, he hopes that one day there won’t be a need for celebrity icons like himself. “I just want [the industry] to reach a point where it’s great that trans characters and LGBT characters are celebrated, but that it won’t be something that we had to fight for,” Alexander says. “I just want there to be a diverse cast because that’s what reflects the real world, you know? I hope we can get to a place where diversity isn’t really a thing anymore because it just is that way.” 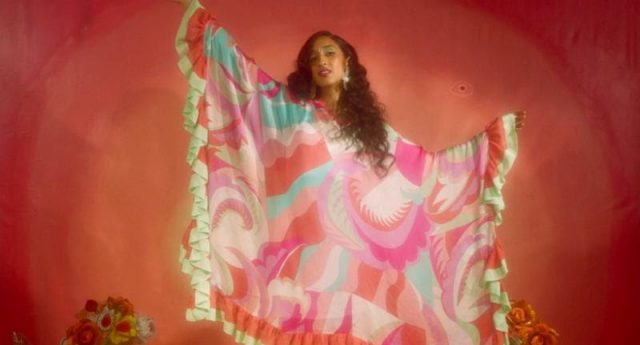 Raveena’s past two tracks are inspired by motherly love and a tab of LSD. The Indian American songstress is releasing her debut album “Lucid” on Friday, May 31. The […]