Japanese Australian actress Shiori Kutsuna is joining the cast of “Deadpool 2,” according to Deadline. Known for previous works such as the indie film “Oh Lucy!” with Josh Hartnett and “The Outsider” with Jared Leto, Kutsuna is reportedly taking on a mystery “key role” in the “Deadpool” sequel.

While not yet a household name in Hollywood, Kutsuna has starred in more than a few dramas and anime and manga adaptations in Japan. In 2011, she played the main role of Ran Mori in a live-action adaptation of the popular detective manga series “Detective Conan,” which tells the story of an amateur detective who transforms into a child. Kutsuna played the role of the detective’s childhood friend.

Kutsuna was born in Sydney, Australia, and moved to Japan to become an idol and actress when she was 14. Now 24, Kutsuna is ready to move into the Hollywood scene, and “Deadpool 2” could prove to be her big Hollywood break.

Although director David Leitch has revealed little else about Kutsuna’s “Deadpool 2” character, audiences have plenty to look forward to — Kutsuna will be joining the likes of Ryan Reynolds as the eponymous foul-mouthed vigilante, as well as Josh Brolin and Zazie Beets.

The first “Deadpool” film was released on Valentine’s Day 2016 and became the highest-grossing R-rated film, raking in $783 million at the box office.

To catch the Japanese starlet on the big screen, stay tuned for “Deadpool 2,” due out in 2018.

Watch the teaser trailer below: 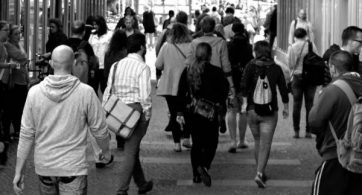