Whether you’ve panned the show or defended it, chances are you’re more than a little curious about the “stars” of the new K-town reality series

Drum roll, please. The cast for the Jersey Shore-esque K-town reality show was unveiled last month, and they are four guys and four gals with names as common as the generic “Steve Kim” to those that inherently scream drama, as in “Scarlet” and “Violet.” The pilot episode was reportedly shot at such familiar Los Angeles Koreatown haunts as BCD Tofu, Bohemians and BoBo’s, so as you can imagine, there was some drinking—and, well, you’ll have to stay tuned. It’s unclear yet who will air the show, but for now, here’s a sneak preview of The Eight.

Jasmine Chang, 23
Ethnicity: Korean
Occupation: hairstylist
Role: “Artsy Party Girl”
As a recent grad of the University of California, Irvine, and Toni & Guy Hairdressing Academy, Jasmine is the youngest cast member on the show. She’s probably going to change up her look every episode and end up with no eyebrows. But word on the street is that she only looks wild; she may end up being the most normal one.

Jennifer Field, 26
Ethnicity: Korean and Irish/German
Occupation: bartender, aspiring actress, former beauty queen
Role: “Hapa Trying to Reconnect with her Roots”
She may end up being Jasmine’s foil: Jennifer was the 2006 Miss Asian America, but we have a feeling as soon as her pageant queen veil comes down, the crazy will come out. From what we’ve seen so far, there’s hair pulling and strident proclamations of dominance over K-town. She’s made for TV.

Peter Le, 26
Ethnicity: Vietnamese
Occupation: personal trainer, body builder
Role: “Narcissist/Divo”
Peter’s already been called the “Asian Situation,” thanks to his killer body, and he’s also the one raising the most eyebrows. He’s modeled for Playgirl and has an X-rated website (warning: he
exposes the full monty) that attracts a sizable male following—which doesn’t seem to bother him.

Scarlet Chan, 24
Ethnicity: Chinese
Occupation: census worker, former exotic dancer, model
Role: “Nympho”
After getting sucked into the exotic dancing industry while doing research for a college thesis, Scarlet scrapped the job to become a U.S. Census taker. But don’t think she’s straight-laced now. She may be the female version of Peter;  she calls herself “pan-sexual,” and has a penchant for taking risqué modeling photos.

Violet Kim, 24
Ethnicity: Korean
Occupation: bartender
Role: “The Normal One”
She’s been compared to Jersey Shore’s Snooki, mainly because she’s short and well-endowed, but she’s the only one with her Twitter blocked off to the public, which may indicate some normalcy. Her blog does have a content warning, but the actual posts seem pretty tame; it’s mostly about food, her boyfriend and her…son. Oh wait. What? We’re guessing she’ll be the one with a secret past.

Young Lee, 24
Ethnicity: Korean
Occupation: nightclub promoter
Role: “FOB/Korean Dancer”
Originally hailing from Guam, Young was apparently the first Asian nightclub promoter at Tao in Las Vegas, which must mean he has some sort of game. Or more likely, he was hired because he dances really well. Like all the other Asians currently on MTV…

Joe Cha, 25
Ethnicity: Korean
Occupation: entrepreneur
Role: “The Ajushi Who Wants to Be Called Oppa”
Joe is also a club promoter with his own company, Whisper Entertainment, which may explain why he looks so old—all that tanning and drinking has prematurely aged him. He’s clearly fixated on being in the mix of everything; just a few of his monikers: Joe K-Town Cha, Joe Scenario Cha, Joe Whisper Cha.

Steve Kim, 25
Ethnicity: Korean
Occupation: salesperson
Role: “Background Player”
We have a feeling Steve is going to be the one who tries too hard at everything, ends up being too nice to cause any real drama, and ultimately fades into the background. But he is originally from K-town, so he could be the one who takes the lead on things, at least as far figuring out where to go when they inevitably get kicked out of restaurants and bars. 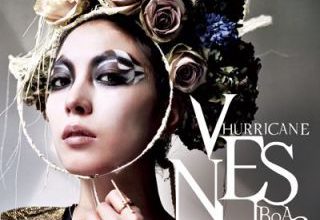 Former KoreAm cover girl BoA has returned to her home country after five long years, with the release of her 6th Korean album, Hurricane Venus. Check out her music […]