Going on its forth year of production, Joseph Gordon-Levitt’s open collaborative production company, HitRecord, got picked up for a second season of HitRecord on TV.

Levitt’s HitRecord company doesn’t quite function like the typical Hollywood production company. Instead of dealing with the struggles of the traditional route, HitRecord calls on the online community to come together to create collaborative art and media of all kinds. Any HitRecorder can upload their own audio, images, animation, or video, and can download and remix any project on the site. As a matter of fact, Levitt encourages anybody with internet access become a HitRecord member.

Back in January 2014, Levitt moved the HitRecord projects from the internet to TV screens by creating a variety show called HitRecord on TV. In each episode, Levitt sets a particular theme and people are welcome to submit content according to the proposed theme. For the first episode of the second season, the overarching concept was “The Dark.” Sounds mysterious and alluring, right? Mindy Kaling sure thought so.

On the set for the upcoming comedy movie Xmas, Levitt asked Kaling if she would be interested in participating for newest HitRecord on TV season. After Levitt proposed a list of themes, Kaling found herself drawn to idea of “The Dark.” Kaling then wrote the script for “Anchor’s Away,” a bizarre, dark comedy that Kaling and Levitt — along with The Mindy Project‘s Chris Messina — star in.

In the short, Mindy Kaling plays a nurse that is a practicer of the dark arts and is madly in love with her patient (Joseph Gordon-Levitt), an ex-dancer who tragically lost the feeling in his legs. Catch the sneak peek below. 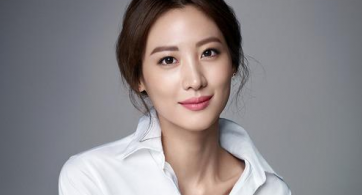 Story by Paul Nakayama Get familiar with this face because Claudia Kim is having a major moment. The South Korea-based former international studies major was discovered in 2005 after […]