Get familiar with this face because Claudia Kim is having a major moment. The South Korea-based former international studies major was discovered in 2005 after winning a Korean-Chinese modeling contest. She’s since appeared in a few Korean television series, but it’s only been this past year that Kim has broken through, landing multiple high-profile roles representing a perfect trifecta of beauty, brains and brawn: She’s the new face for Bobbi Brown Cosmetics in Asia; she’s Khutulun, the warrior niece of Mongolian conqueror Kublai Khan in Netflix’s Marco Polo; and she’s Dr. Helen Cho in Marvel’s most recent blockbuster, Avengers: Age of Ultron.

Recently tapped to become the brand representative for Bobbi Brown in Asia, which represents their largest market outside of the U.S., Kim tells Audrey via email, “I’m happy to be a model for a trustworthy brand that has an institutional love for individual and natural beauty. I’m also really happy to work with Bobbi, who considers physical well-being very important.” While Kate Upton remains the global face of the popular cosmetics line, it’s the first time the company decided to appoint a spokesperson for one market specifically.

Many have also come to recognize Kim as the fan-favorite warrior Khutulun in Netflix’s expensive epic series, Marco Polo. Based on a historical figure, Khutulun was well-known for her skills in battle and also for the many men that challenged her in wrestling to gain her hand in marriage. As the stories go, she gained about 10,000 horses by besting her suitors. In order to play the role effectively, Kim underwent martial arts training.

“To play the role of a female warrior was physically laboring and required a lot of research and training,” she says. “It’s different from playing an average male role that’s mainly based on fighting with brute strength. I needed to take good care of my body despite traveling so much and also make sure that I was focused throughout.”

While Netflix doesn’t release viewership numbers, Marco Polo performed well enough to be renewed for a second season. Season one ended with Khutulun holding a vital role in the future of Kublai Khan’s campaign to conquer Asia, so fans can probably expect more screen time for Kim. And with shooting for season two revving up, Kim will be back in training. “I’m currently going through various martial arts and physical training,” she says. “In the second season, I’d like to show the audience an upgraded version of Khutulun.”

While we’ll have to wait a while for this better, faster Khutulun (Netflix has yet to announce season two’s release date), fans can catch Kim now in Avengers: Age of Ultron. She auditioned and landed a coveted role to be onscreen with Robert Downey Jr., Chris Hemsworth, Mark Ruffalo and Scarlett Johansson, just a few of the names behind this billion-dollar franchise. Upon the release of the initial trailer, Kim’s appearance sent the Internet abuzz with rumors of who she would play. Of course, it’s now known that she plays a gifted biotechnology scientist who holds a pivotal key to the movie’s plot. Fans of the film will appreciate the impact of Dr. Cho’s research on the Marvel Cinematic Universe, and comic book fans have already begun speculating on her role in future films based on the ties her character has with other Marvel properties.

Kim says she’s thrilled that her U.S. film debut is in a mega franchise like the Avengers, which premiered in South Korea a week before its U.S. premiere. And while Kim shot most of her scenes on a sound stage in London, she says the film is even more special to her because not only is her character of Korean descent, but parts of the film were shot in Korea.

Kim next co-stars in the upcoming science fiction film Equals, alongside Nicholas Hoult and Kristen Stewart.

Feature image courtesy of Bobbi Brown.
This story was originally published in our Summer 2015 issue. Get your copy here. 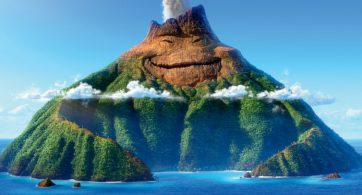 By now, you probably know about Pixar’s upcoming animated feature Inside Out. Voiced by actors such as Mindy Kaling, Amy Poehler and Bill Hader, the film is sure […]