We know Mindy Kaling as the popular actress, comedian, writer and producer most known for her role as Kelly Kapoor in The Office and for creating and starring in The Mindy Project. Of course, here at Audrey Magazine, we also know her as our Winter 2011-12 cover girl.

As it turns out, we’ve all been unaware of another talent under Kaling’s belt.

“There were times I was at The D at like 3 a.m., outside in my car while it was snowing and I’d just put my blinkers on and sit there drawing. I don’t know how I kept up with everything.” Kaling tells Dartmouth Alumni Magazine who claim that the comic strip quickly made Kaling a “campus celebrity.”

Lucky for us, some of Kaling’s comic strips have been making its way onto social media. You may not recognize Kaling’s birthname Vera Mindy Chokalingam, but you will recognize her notable wit and humor sprinkled throughout her comics. Check them out for yourself. 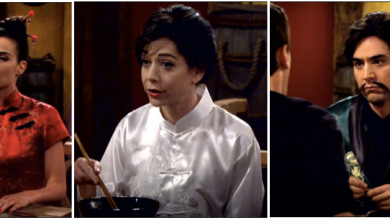 By now, you’ve probably heard about the controversial episode of How I Met Your Mother. If not, lets get you caught up. The newest episode “Slapsgiving 3: Slappointment in […]