Miya Cech is in for a wild ride in her latest film, “Marvelous and the Black Hole.”

12-year-old Cech (“The Darkest Minds”) is set to star alongside Rhea Perlman (“Matilda”) in the upcoming indie film written and directed by Kate Tsang. The project won the top award of a $1 million grant from AT&T Presents: Untold Stories, a diversity initiative that in collaboration with the Tribeca Film Festival awards a cash prize and mentorship to underrepresented filmmakers.

In this coming-of-age comedy, Cech plays delinquent Sammy Ko, who escapes her troubled family life for a whirlwind adventure with an aging children’s party magician (Perlman).

“It was unreal getting to collaborate with these extraordinary actors on my first feature,” Tsang tweeted after the news broke on Friday. “So excited for everyone to meet Margot and Sammy when Marvelous and the Black Hole premieres at @Tribeca April 2020!”

Tsang’s live-action short film “So You’ve Grown Attached” was nominated for a Student Academy Award and won Best Narrative Short at the San Francisco International Film Festival. Perlman is best known for starring on the sitcom “Cheers,” and Cech was most recently seen in Nickelodeon’s “Are You Afraid of the Dark?” 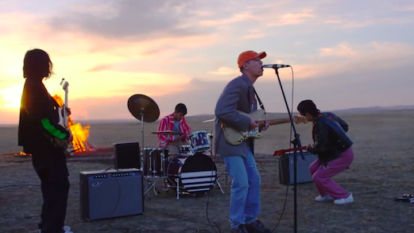 With the global frenzy surrounding BTS and the recent wins from BLACKPINK at the E! 2019 People’s Choice Awards, it’s no surprise that K-pop has made its way into […]