It started as a challenge. A patently absurd challenge. Could one writer keep up with a real-life Wolf Pack—comic star Aziz Ansari, top chef David Chang, and LCD Soundsystem’s James Murphy—as the hipster trinity partied through Tokyo, arguably the food capital of the world? (It’s definitely the drunk-karaoke capital.) Brett Martin remembers what happened next. Most of it.

Momofuku Seiobo opened just three weeks ago at the revamped Star in Pyrmont and is already one of the most talked-about restaurants in town, and not for all the right reasons. There’s the online-only booking policy, $175 upfront payment in a dark diner without a view and music too loud for the over-45s.

Chang is a bit surly. The shopping trip to Railway and Rowe Sts in Eastwood to sample the delights of Sydney’s Little Korea doesn’t start well when he is kept waiting 40 minutes after his car fails to turn up. He hops in a cab instead and picks up the organiser of the missing lift – me – on the way.

He doesn’t talk much, preferring to eke out emails on his phone before his New York head office shuts up shop.

Anthony Bourdain called him the hottest chef in the business. At 27 the New York food scene was struck dumb by his French/Japanese/Italian/Korean cuisine, including homemade, fluffy white steamed buns stuffed with braised pork belly and topped with hoi sin sauce and dishes including his spins on ramen noodles, kimchi stews and slow-cooked egg.

For a privately held fast-fashion retailer that after 27 years in business is still run by its Korean-American founder, Do Won Chang, Forever 21 has been behaving a lot like a big-box giant.

While many stores struggled to stay afloat during a recession that walloped consumer spending, Forever 21 pushed forward aggressively, opening ever-bigger locations and in many cases moving into space vacated by bankrupt businesses. Some Forever 21 shops, at 90,000 square feet or more, now rival a Kohl’s or Target in size.

“Many of [Forever 21] locations look and feel like flagship stores,” observed Marshal Cohen, chief retail analyst with NPD Group. “Every shopper feels like it’s a great experience for them.”

A South Korean Christian pastor was jailed for 18 months for having a decade-long affair with a woman whose wedding he had officiated at, according to a court.

Adultery in South Korea is a criminal offence punishable by up to two years in prison but most offenders usually receive only suspended jail terms and imprisonment is quite rare.

The 51-year-old pastor, whose name has been withheld for privacy, had a secret affair with the woman, 41, for more than 10 years after conducting her marriage ceremony. She and her husband were both followers of his church. The woman was also given a year-long jail sentence.

Tammy Chu was adopted by an American family at the age of nine and raised in rural New York state. She never saw another Korean until she went to college. “I remember what my birth parents looked like, but I forgot how to speak Korean and memories of Korean culture also disappeared from my mind,” she recalls.

Chu became a documentary film director and came back to Korea in 1998 for a project. “When I came to Seoul, it felt strange yet familiar and uncomfortable yet comfortable.”

She now lives in an apartment in Itaewon. She had shuttled back and forth from New York and Seoul for some 10 years and eventually decided to settle down here. Last year Chu, who can now understand a lot of Korean, won the top prize for a documentary at the Busan International Film Festival for her film “Resilience,” which focused on Korean adoptees.

Protests against South Korea’s ratification of a free-trade agreement with the U.S. took another ugly turn over the weekend with the assault of a police chief during a major demonstration in central Seoul.

Park Geon-chan, the head of Jongno Police Station, sustained minor wounds after being attacked by a group of around 100 demonstrators. They were part of a larger gathering of over 2,000 anti-FTA protestors that brought the Gwanghwamun area to a standstill on Saturday evening.

Mr. Park was apparently singled out because of his status and because he was in uniform.

A California man was convicted of seeking visa extensions for Thai welders purportedly hired for a construction job when in reality they were forced to work at restaurants and live in deplorable conditions, prosecutors said Wednesday.

Yoo Taik Kim, 55, was found guilty by a federal jury in Los Angeles on Tuesday of visa fraud and lying on his citizenship application.

The case was part of a broader investigation into a labor deal that Thai welders claimed promised them legitimate jobs for an American steel company but subjected them to intolerable conditions at the hands of Kim’s manpower company.

The game was played with a running clock in the fourth quarter as Beckman (10-2) carried a 45-point lead into the final quarter.

Kim finished with 204 rushing yards on 13 carries, including a scoring run of 90 yards midway through the third quarter. He also caught a 26-yard touchdown pass from Cameron Biedgoly to put Beckman up 28-10 three minutes before halftime.

Among young American adults, relationships between white men and minority women move into sexual intimacy and from sex to cohabitation significantly faster than white-white couples or minority-minority pairings, reports a new study by a Cornell demographer. […] Controlling for such factors as religion and family background, the researchers found that, on average, white male-minority female couples advanced to sex within one month of dating — nearly twice as fast as white-white couples.

A group of elderly South Koreans are campaigning “to generate more interest in the fate of tens of thousands of South Koreans believed to have been forcibly taken to North Korea during the Korean War six decades ago.”

On a sidewalk in central Seoul recently, Lee Mi-il and several other older South Koreans took turns at a microphone, calling out what seemed like an endless list of names. They began in the morning and continued through the night, one faceless name after another — 83,000 in all — ringing out and melting into the cacophony of the capital city’s busiest district.

Yet another mainstream article about the global K-pop phenomenon.

The loudest screaming I’ve ever heard isn’t at a pop concert at the O2, or the Pyramid stage at Glastonbury, or the Birmingham NEC – it’s ringing up and down the aisles of a cinema in central London. And the cause of such eardrum-shredding shrillness? Not stadium rock gods or Simon Cowell’s latest pop puppet or a Beyoncé-calibre diva, but a band you’ve probably never even heard of: SHINee, five pretty young men from Korea. This is K-pop, and it may just be conquering the world.

The gunmen had been holding three South Korean businessmen. The first, Choi Inn-so, was released Friday, apparently because he had fallen ill and was slowing down the group.

On Saturday, the other two were found in Lanao del Norte province. Army Maj. Gen. Noel Coballes said Wu Seok-bung and Kim Nam-du were weak and starving when troops found them.

A Filipino guide who was seized with the South Koreans on Oct. 21 was reportedly shot in captivity, and troops will continue to look for him and the approximately 15 kidnappers, army Col. Daniel Lucero said.

A man apparently shot his wife to death at the door of their Gardena apartment, stepped away from her and then killed himself, police said Friday.

Detectives said it appeared the husband, Won Chin, 52, committed the acts Wednesday night in the 15800 block of South Normandie Avenue because of a failing marriage.

“She moved out fairly recently,” Gardena police Sgt. Russ Temple said. “She came over to the house that night and it looks like he met her at the door and shot her with one single gunshot wound to the head.”

The nation’s Olympic footballers beat Saudi Arabia 1-0 at Seoul World Cup Stadium on Sunday to top Group A in the final round of Asian qualifiers for the 2012 London Games.

Led by coach Hong Myung-bo, the team added three precious points to keep its Olympic dreams alive halfway through regional qualifying. It now has seven points from two wins and one draw, while Saudi Arabia is bottom of the table with one point.

One person has been arrested for selling counterfeit “Ugg” boots at Southbridge Mall.

59-Year-Old Joseph Kim of Columbine, Illinois was arrested and charged with 1 count of Counterfeiting Intellectual Property, a Class D Felony on Wednesday. He could face up to 5 years in prison. 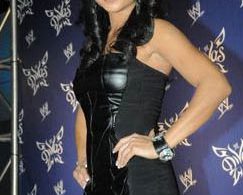 Robot Prison Guards Roll Out Wall Street Journal As it seeks to become a leader in robotic technology, South Korea is about to put a new type of droid […]