You might want to revise your summer plans, because K-pop group MONSTA X is headed to North America.

Their special tour kicks off in June, following the Valentine’s Day release of the group’s newest and first fully English-language album, “All About Luv.” The dates, announced Monday (Jan. 13), include stops in New York, Chicago and Los Angeles over the months of June and July. MONSTA X isn’t just staying Stateside, though—the band will also make two stops in Canada. Tickets go on sale this Friday, Jan. 17.

The news arrives two days after the group’s label Starship Entertainment released a statement that popular member Jooheon, also known as Joohoney, would be taking a temporary hiatus from the act due to anxiety. According to the statement, he’ll return only after his recovery has been certified by professionals, so there’s no word yet on whether he’ll be part of the tour this summer.

But until then, at least monbebe will have a brand new album to tide them over.

Catch MONSTA X at one of the tour dates below. 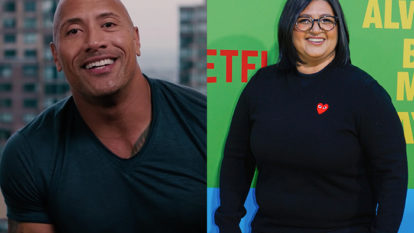 Dwayne “The Rock” Johnson has one thing to say to his millions of fans around the world: You’re welcome. News broke on Saturday that NBC has given an 11-episode […]