It’s impossible to escape the news of anti-Asian racism. Recently, a (now unemployed) Brentwood, Calif. realtor went viral after unleashing a racially-charged diatribe upon a mortified Asian American passerby. The encounter joins a rapidly growing catalog of harassment and violence towards Asian Americans in the young year headlined by the fatal assault of 84-year-old Vicha Ratanpakdee on Jan. 28 in Oakland, Calif. Over 2.8 thousand hate incidents were reported last year after the COVID-19 pandemic started, and the first two months of 2021 have sprinted to match those numbers. Consequently, many Asian Americans feel like their communities are under attack. The question is, what can they do?

The answer for celebrities like Daniel Dae Kim and Daniel Wu is through their public platforms. 28-year-old Yahya Muslim was charged shortly after the two offered a $25 thousand reward for information leading to an arrest for a trio of attacks in the Bay Area that included the assault of a 91-year-old Asian American man. Actress Olivia Munn went from “X-Men” star to real-life hero after her viral tweet led to the arrest of 47-year-old Patrick Mateo for the assault of her friend’s Chinese mother at a bakery in Queens, N.Y. In fact, even these household names aren’t immune to the hate—Jeremy Lin revealed that another G-League player recently called him “Coronavirus” during a game. He’s since used his superstardom to platform anti-Asian hate on outlets such as ABC and CNN.

However, it doesn’t take a Hollywood megastar or world-class athlete to pitch in. In the wake of Ratanpakdee’s death, several hundred Oaklanders have begun escorting Asian elders across the city’s Chinatown for the community project, Compassion in Oakland. Another volunteer initiative, SafeWalks, is similarly accompanying Asian Americans on their routes in New York City. Other efforts include neighbors in Ladera Ranch, Calif. guarding the house of a Chinese American family nightly from the harassment of local teens and a multiracial crew (from the popular Instagram page “Asians With Attitudes”) patrolling the streets of Oakland’s Chinatown.

Have an idea on how to help, but don’t know where to start? Tammy Cho and Michelle Hanabusa, the co-founders of the nonprofit Hate Is a Virus, recommend aspiring activists to use discourse as a launchpad. “Talk to trusted voices and members within your community, hold conversations around various issues you are passionate about with family and friends and find resources to help better understand why these issues exist,” advises Hanabusa. “I would encourage people to start with the internal work,” adds Cho. “Spend some time internally reading and researching why these issues exist, have [a] dialogue with your trusted circle and reflect on your strengths and ways you might want to activate and contribute.” Cho’s strength in establishing social media startups came in handy with getting #HateIsaVirus trending at the start of the COVID-19 pandemic, while Hanabusa’s acumen in streetwear design has stitched and fitted the campaign into a fashion statement. Back in April 2020, they were just trying to speak up against anti-Asian racism—today, they’re aiming to raise $1 million in proceeds for Asian American community organizations with names such as Sandra Oh, AJ Rafael and Apolo Ohno on board.

The victims of anti-Asian racism can help combat hate by just coming forward with their experiences. According to Connie Chung Joe, the CEO of Asian Americans Advancing Justice-Los Angeles (Advancing Justice-LA), documented incidents are only the “tip of the iceberg.” “The groups that underreport the most are also in many ways the most vulnerable to being targeted,” explains Joe. “We saw how our seniors…immigrants and limited English speakers are the ones more likely to be targeted because people feel they’re less likely to report it.”

Thankfully, there are resources available. Victims can report hate incidents online to hate trackers StopAAPIHate and Stand Against Hatred in their language of choice. Additionally, Advancing Justice-LA has a multilingual helpline for those who prefer speaking to a live person. Lastly, many states provide Asian-specific resources for coming forward—for example, California’s hate crime brochures come in 14 different languages including Khmer and Hmong.

Still, nobody can prevent a hate incident better than the physically present. Unfortunately, bystanders aren’t intervening during anti-Asian violence. In Manhattan, a train car full of people watched as an attacker slashed 61-year-old Noel Quintana across the face with a box-cutter. The Filipino American recalls the inaction. “I asked for help, but nobody helped. Nobody moved,” said Quintana in an interview with “People.” “We need the mentality that it’s not just the [victim’s] problem,” says Joe. “It is our problem, and we all have a responsibility here.” Those feeling especially responsible can sign up for Asian Americans Advancing Justice’s and Hollaback!’s bystander intervention workshops. Additionally, Southern Poverty Law Center’s Learning for Justice project provides a four-step guide on interceding anti-Asian hate incidents.

Lastly, Asian Americans can assist their communities by simply taking care of themselves. To help with that, the Asian Mental Health Project provides online check-ins for those experiencing racial trauma every Wednesday from 9:00 p.m. to 10:30 p.m. (ET). Regardless of how one contributes, Connie Chung Joe believes it’s an opportunity to leave a legacy. “We all know [2020-21] is going to end up in the history books,” explains Joe. “When [the next generation] asks us what it was like to live through that, it’s really important that I can tell my kids and my grandkids that I was doing something to be a part of the solution.” Fingers crossed for when that day comes, the attacks will be merely a footnote to the extraordinary efforts that ended them.

**AUTHOR’S NOTE (Updated as of March 23, 2021): If hate is a virus, then the Atlanta spa shootings were the worst kind of mutation. On Mar. 16, Daoyou Feng (44), Delaina Ashley Yaun (33), Hyun Jung Grant (51), Paul Andre Michels (54), Soon C Park (74), Suncha Kim (69), Xiaojie “Emily” Tan (49) and Yong Ae Yue (63) were killed by a lone gunman after a series of shootings targeting massage parlors around the metropolitan Atlanta area. Another victim, 30-year-old Elcias Hernandez Ortiz, is still fighting for his life.

While authorities are reluctant to deem the rampage a hate crime, it’s hard to ignore the number of Asian American women murdered in the shootings at a time when anti-Asian violence is regularly front-page news. Atlanta mayor Keisha Lance Bottoms puts it best. “Whatever the motivation was for this guy, we know that the majority of the victims were Asian,” said Bottoms at a press conference. “We also know that this is an issue that is happening across the country. It is unacceptable, it is hateful and it has to stop.”

There’s no vaccine for hate, but there are opportunities to help those impacted by the Atlanta spa shootings heal. A direct fund has been set up by Asians American Advancing Justice-Atlanta for the victims’ families. Additionally, GoFundMe has verified fundraisers for eight of the nine victims, with Daoyou Feng being the exception. This article will be periodically updated in the event new opportunities to assist with recovery efforts surface—please keep it bookmarked and check in again in the future for more ways to help.

Donate to Asian Americans Advancing Justice-Atlanta’s fund for the spa shooting victims here. The donations will go directly to the victims and their families.

There have also been fundraisers set up for the individual families of the Atlanta spa shooting victims. Here are the following links to donate to them:

Report your experiences with anti-Asian racism to Stand Against Hatred and Stop AAPI Hate.

Report your experiences to the Asian Americans Advancing Justice Los Angeles helpline here. Hours of operation are from 10 a.m. to 3 p.m., Monday through Friday.

Request a chaperone from Compassion in Oakland by calling or texting 510-550-5918. Those looking to volunteer can apply here.

Request a chaperone from SafeWalks here or over Instagram via direct message @safewalksnyc. Those looking to volunteer can apply here.

Sign up for AACJ and Hollaback!’s bystander intervention workshops here.

Donate to Hate Is a Virus’s CommUNITY Action Fund here. 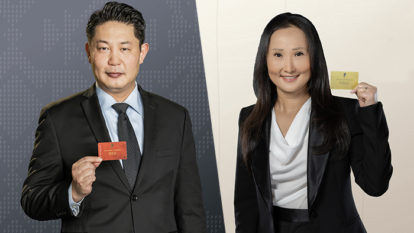 Pechanga Resort & Casino entitles the VIP valued customers access to exclusive offers and promotions to experience the VIP privileges. Their Korean host team will assist you with restaurant […]