Yesterday, X-Men: Apocalypse director Bryan Singer posted a picture of actress Lana Condor on Instagram to announce she will play the character Jubilee in the upcoming film. In the X-Men comics, Jubilee is a teenage mutant who attacks enemies using “explosive plasmoids” from her hand. She is most recognizable for her trademark yellow raincoat and goggles.

Not much info can be found on this young actress since Jubilee will be her first role. Despite this, we are beyond happy to see more Asians in major comic book films and we can only hope that Lana Candor will have a big part as Jubilee in this upcoming film. After all, Chinese superstar Fan BingBing, who played the character Blink in X-Men: Days of Future Past, had a rough estimate of two lines and five minutes of screentime in the overstuffed film.

We’ll keep our fingers crossed for Lana and for the possibility of more Asian American actors on screen soon. Lately, there have been an increase of Asian American comic book characters such as Kamala Khan in Ms. Marvel, Silk and a few others. Since most of the blockbusters seem to be comic book adaptations nowadays, let’s hope the casting of Jubilee is part of an increasing trend! 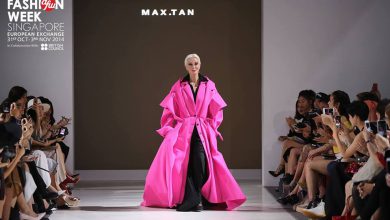 This past winter’s street style was a good predictor of outerwear expectations for fall 2015, and opening day of Seoul Fashion Week had plenty of coats and jackets to […]