The award-winning Japanese film “3 Ft. Ball and Souls” will make its U.S. premiere on April 30 at the Triangle Starlight Cinemas as a part of the Newport Beach Film Festival’s Japanese Spotlight program.

In the Yoshio Kato-directed pic, four members of an online suicide club meet up to end their lives together using explosives, only to find themselves stuck in a “Groundhog Day”-esque time loop that refuses to let them carry the plan through.

“The festival continues a proud tradition of presenting the very best in Japanese cinema,” festival CEO Gregg Schwenk said in a statement. The festival will run April 26 to May 3.

According to organizers, the festival’s annual Pacific Rim Gala at Time Nightclub will follow the film’s screening.

Back for its 19th year this month, NBFF puts on showcases of art from across the globe, from the U.K. to Europe, Ireland, Central and South America and the Pacific Rim.

Other Pacific Rim spotlights this year include the Philippines’ “ULAM: Main Dish,” South Korea’s “A Day” and China’s “End of Summer.” NBFF will also host the Orange County premiere of the culinary documentary “Ramen Heads,” which details the obsessive process of Japanese ramen king Osamu Tomita. 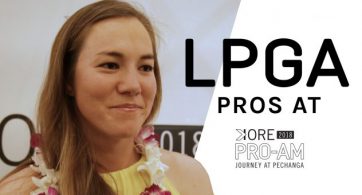 Professional golfers Vicky Hurst, Kelly Tan, Gabriella Then, Jennifer Ha and Hanule Sky Seo joined the 2018 Kore Pro-Am alongside 24 other pros on April 2-3 at Journey at […]