Embracing her cultural background whole-heartedly, Miss America, Nina Davuluri, has partnered with Macy’s in celebrating Asian-Pacific American Heritage Month. Its first stop of six took place at Macy’s in Cerritos, CA. on May 8.

“It has been absolutely incredible, especially being from New York,” said Davuluri. “I was formally Miss New York and Macy’s on 34th Street is so quintessential New York. To be a part of this campaign and to be the face of Macy’s during AP Heritage Month has really been quite an honor, so I’m really excited.”

Up the escalators on the second floor, guests were immersed in their very own taste of the Indian culture. With upbeat music along with samosas and chai lassi, onlookers watched a Bollywood performance while anxiously awaiting Davuluri.

As Miss America made her way to the small stage, with poise and grace, guests were awestruck and inspired by her strong cultural roots and her platform of diversity through cultural competency.

“As much as I’ve always viewed myself as first and foremost American, I am Indian,” said Davuluri as she spoke to the crowd during the Q&A.

“I have my Indian roots, my heritage, my culture, my background, and that’s so important to me and that’s definitely a part of who I am,” said Davuluri. “I think the biggest thing I’ve learned is that assimilation has to happen from both sides. You simply can’t raise your children in American expecting them to be 100 percent Indian, a 100 percent Hispanic, whatever your cultural background might be, it’s just not possible. And so I think there has to be a healthy balance between both worlds. And that is still a process in my household for my parents to understand to this day and for me to find that healthy balance too. It will probably continue for the remainder of my journey as well as for my children.”

With both parents originally from India, Davuluri is second generation. Growing up with many stereotypes and misconceptions about her culture has propelled Davuluri to educate younger generations about the different cultures around the world.

Inspiring culturally rich women as well as young women in general, Davuluri, who is opening the eyes of society to a culturally aware and diverse world, is still amazed at what she has achieved.

“It’s still unbelievable, it’s very difficult to put into words,” said Davuluri. “I’ve just been very blessed to be able to wake up everyday and know that all I can do is be the best Nina that I can be and hopefully that’s enough and that’s what I’ve been trying to do this whole year. I’m thankful that it’s inspiring some young women out there.” 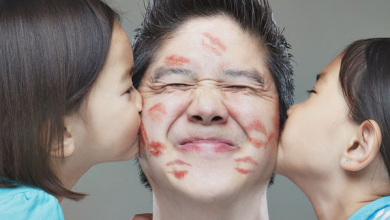 Trust us, you’ve never seen family photos this creative or this cute. Wedding photographer Jason Lee began taking pictures of his two daughters when his mom was diagnosed with non-Hodgkins […]